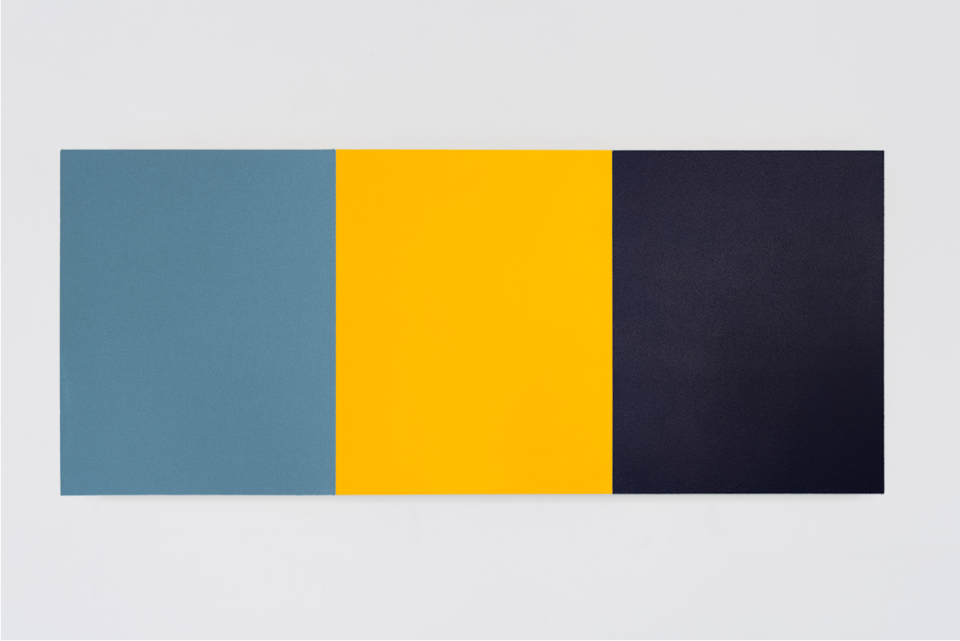 American artist Joshua Smith (b. 1983, Houston, Texas) dedicates himself to monochrome paintings since 2009. Smith’s works are not meant to reference anything in particular, and they aren’t made using any particular procedural systems. The colors of the paintings are either chosen “out of the tube”, or they’re mixed intuitively. Most of the works are untitled. Smith produced only 20 x 16 inch and 30 x 24 inch rectangular monochrome paintings from 2009 – 2013, when he began intermingling larger, shaped canvases with the earlier rectangular works, in a group show at Albert Baronian, called Monocrime.

The artist questions the capacity for anyone to make a flat monochrome painting as a serious gesture. “I became obsessed with the idea and it’s all I do now”, he says. Smith looks to create new experiences, provokes self-awareness of standing before unsensational objects on the wall. For the artist, flatness is a way of getting beyond preconceptions about painting. Smith says, “Painting has become so performative, but illustrative too in that so much of painting and art in general is literally illustrating some text or trying to analogize some system which of course is a barely escapable situation but as artists we should do better than provide illustrations for our favorite authors.”