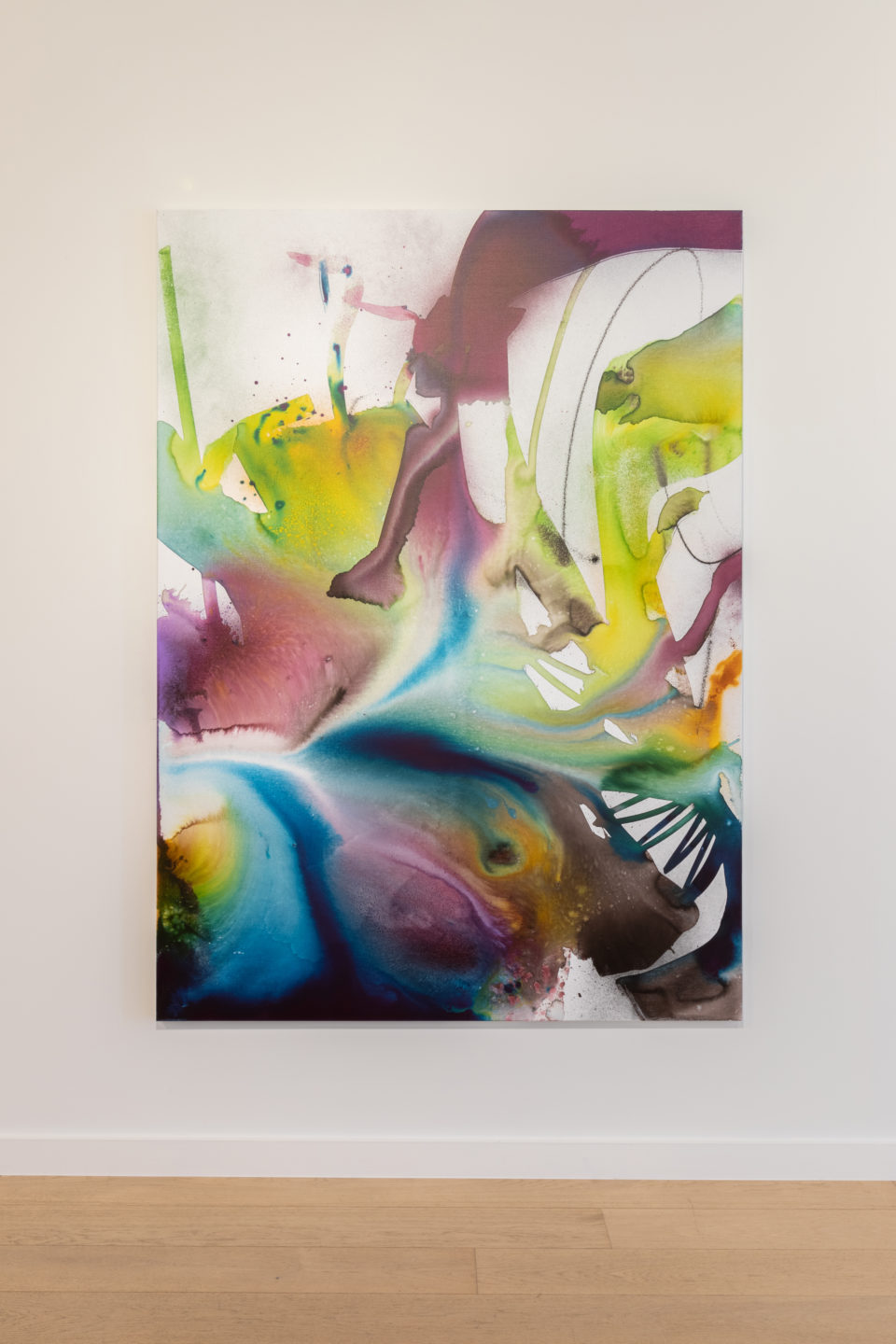 As in the case with many great abstract painters, Frintrop first began by working in a figurative manner. However, his concern for content carried over into non-referential, linear works – artworks that began shifting away from placing the visual focus on the scene unfolding on the canvas and instead onto relationships between the arrangement of forms and spaces.

His painting has many roots in abstract expressionism and the informal movement that developed during World War II in Europe, specifically Germany, a country that has always safeguarded a high status of painting. Hans Hartung is not an irrelevant artist to mention in this context. Like Hartung, Frintrop turns gesture into order, with both artists’ forms fusing into complex felt geometries that create circuits of energy that flow around the picture plane. From Düsseldorf came a movement called “Gruppe 53” including painters as Gerhard Hoehme and Peter Bruening. This movement too has influenced Fintrop’s painting today.

Lately Frintrop has been pushing the quality of liquidity inherent in his use of ink as his medium of choice, resulting into works that are simultaneously pared down yet more expansive in a pictorial sense. In his work the aesthetic experience is inherently integrated; he values a close examination of painting materials and painting techniques that transcend any investment in a specific process. His work is characterized by a wide array of colors where shades of blue often float to the surface. For Frintrop the use of colors as a material is the most affirmative approach available to painting.

Born in 1982 in Oberhauser
Lives and works in Düsseldorf, Germany