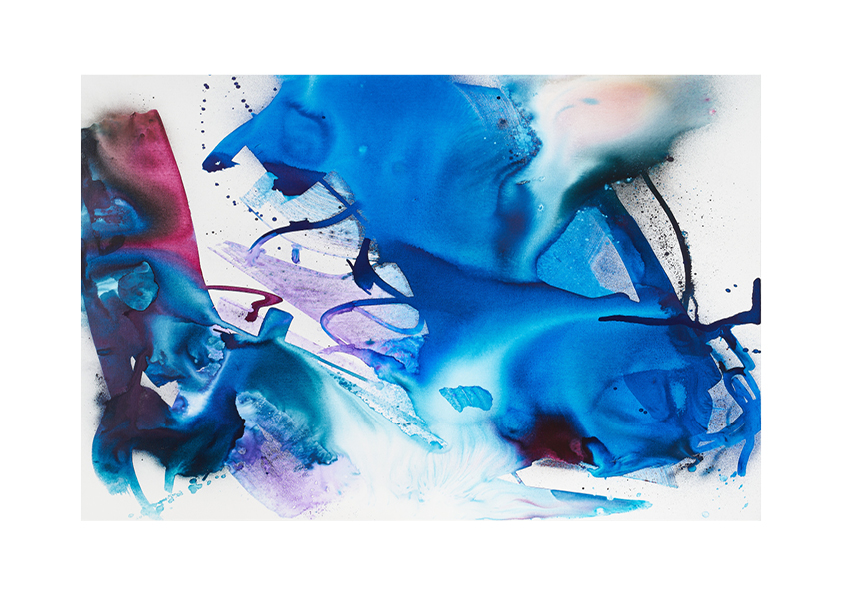 Baronian is pleased to be hosting Max Frintrop’s second solo exhibition at the gallery titled Origin and Presence.

Max Frintrop’s painting is determined by the act of painting – where the act of painting becomes another way of thinking. Frintrop’s standards demand a kind of thinking in complex and abstract emotions, swinging in fields of tension between intuitive pictorial solutions and the process of painting itself. His painting has many roots in abstract expressionism and the informal movement that developed during World War II in Europe and specifically Germany. Hans Hartung is not an irrelevant artist to mention in this context. Like Hartung, Frintrop turns gesture into order, with both artists’ forms fusing into complex felt geometries that create circuits of energy that flow around the picture plane. Lately Frintrop has been pushing the quality of liquidity inherent in his use of ink as his medium of choice, resulting into works that are simultaneously pared down yet more expansive in a pictorial sense. His work is characterized by a wide array of colors where shades of blue often float to the surface. For Frintrop the use of colors as a material is the most affirmative approach available to painting. While mostly known for his large formats of paintings, the exhibition also presents a selection of rarer smaller works on canvas.