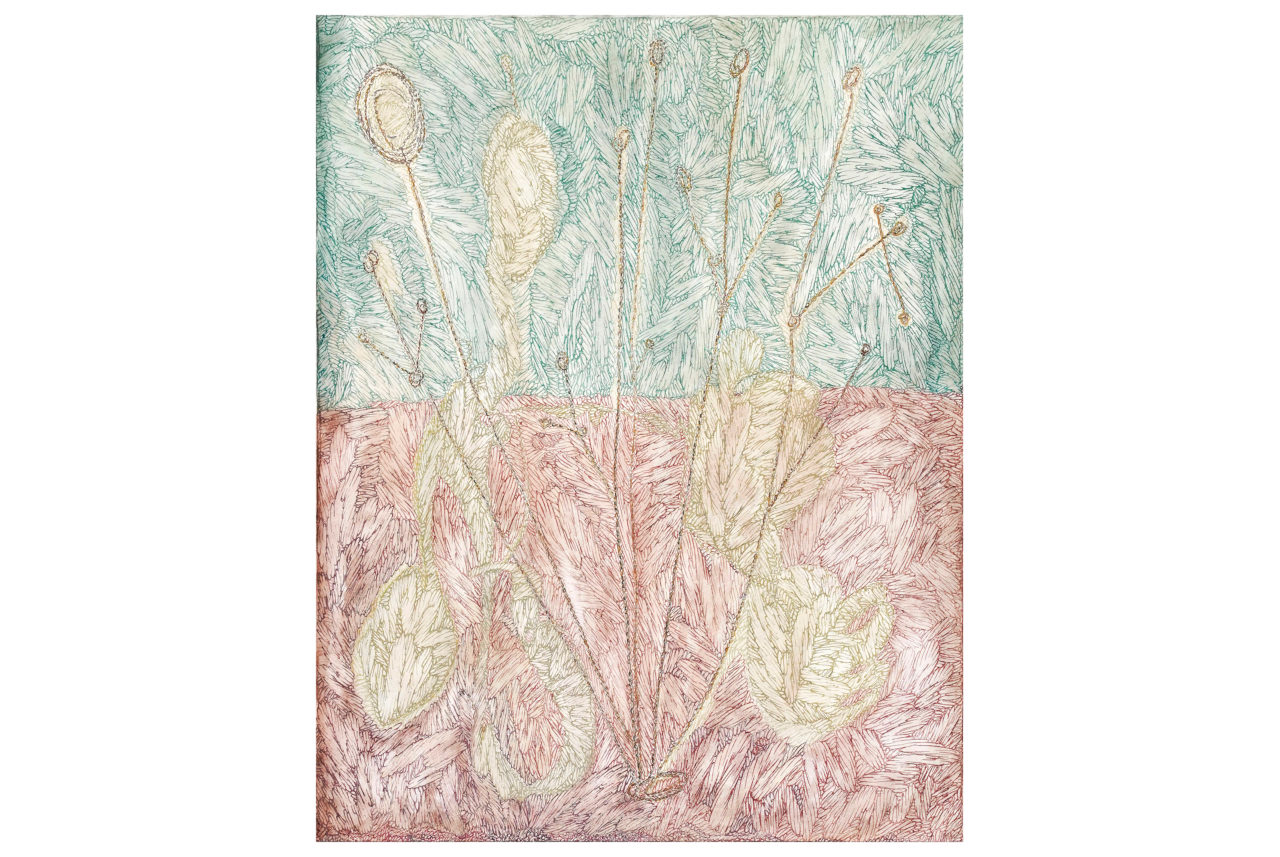 Baronian Xippas is pleased to present Discord venue, a solo exhibition featuring a new series of works on paper, sculptures and textile works by Achraf Touloub.

Achraf Touloub was born in 1986 in Casablanca, Morocco, he currently lives and works in Paris, France. He graduated at the École de Beaux-Arts in Paris in 2013. His work has been featured in personal exhibitions held at the Villa Medici in Rome (2019), the Plan B gallery in Berlin (2019; 2016), the Albert Baronian gallery in Brussels (2015; 2011) and the Isa gallery in Mumbai (2015). He recently participated in the Baltic Triennial 13 (2018), the 57th Venice Biennale(2017) and the Kochi-Muziris Biennale (2016). Touloub has also participated in group exhibitions held in such venues as the Centre Pompidou in Paris, the Deutsche Bank Collection in Berlin, the Barjeel Foundation in Sharjah, and the Arab World Institute and Maison Rouge in Paris.