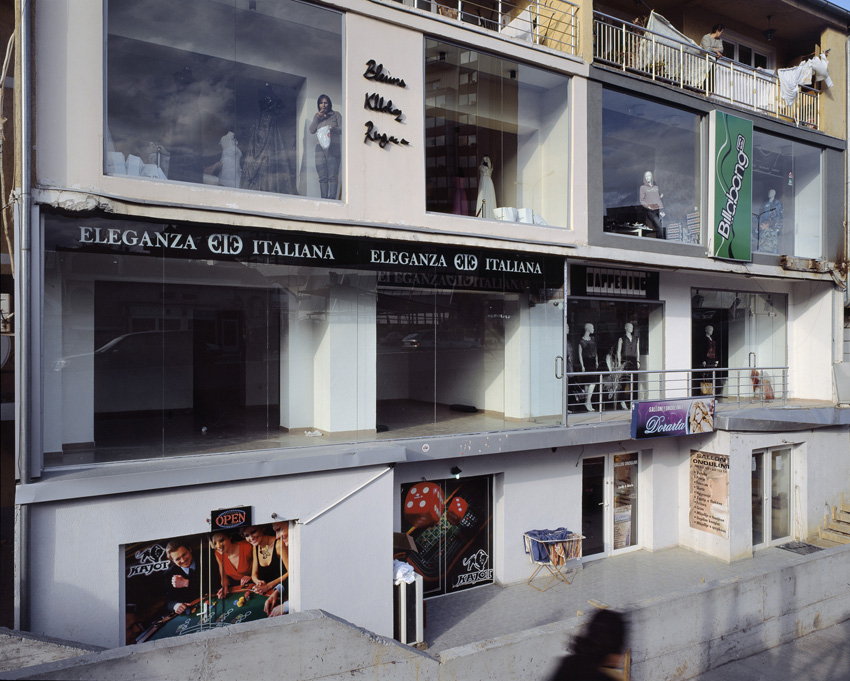 Bruno Serralongue’s photographs are those of a reader who chooses to go to the event site so as to check out the news story with his own eyes. From the series produced at the end of the 1990s to the most recent work, the photographer’s trips have always been guided by the goal of illustrating a journalistic text.
In little over a decade Bruno Serralongue has accumulated a wide array of events. Parties, concerts, fairs, summits, forums, encounters, debates, and demonstrations have replaced the exercise of empirical proof that would move within local limits until taking on a global dimension. In series such as Encuentro, Chiapas (1996), Homage (1997), Free Tibet (1998), Korea (2001), WSF Mumbai 2004 (2004), La Otra (2006), or in other more recent ones such as those on the Tibetan diaspora (Tibet in Exile (Dharamsala), 2008) and the independence of Kosovo (Kosovo, 2009–in progress), long-lasting geopolitical conflicts are visualized, even though their complexity has stretched out so widely that it is impossible for them to fit into the strict frame of photography.
Thus, instead of defining itself as a photographic essay, Bruno Serralongue’s work seeks out ways of articulating visual alternatives, quite apart from the narrative models of the news report. (…)