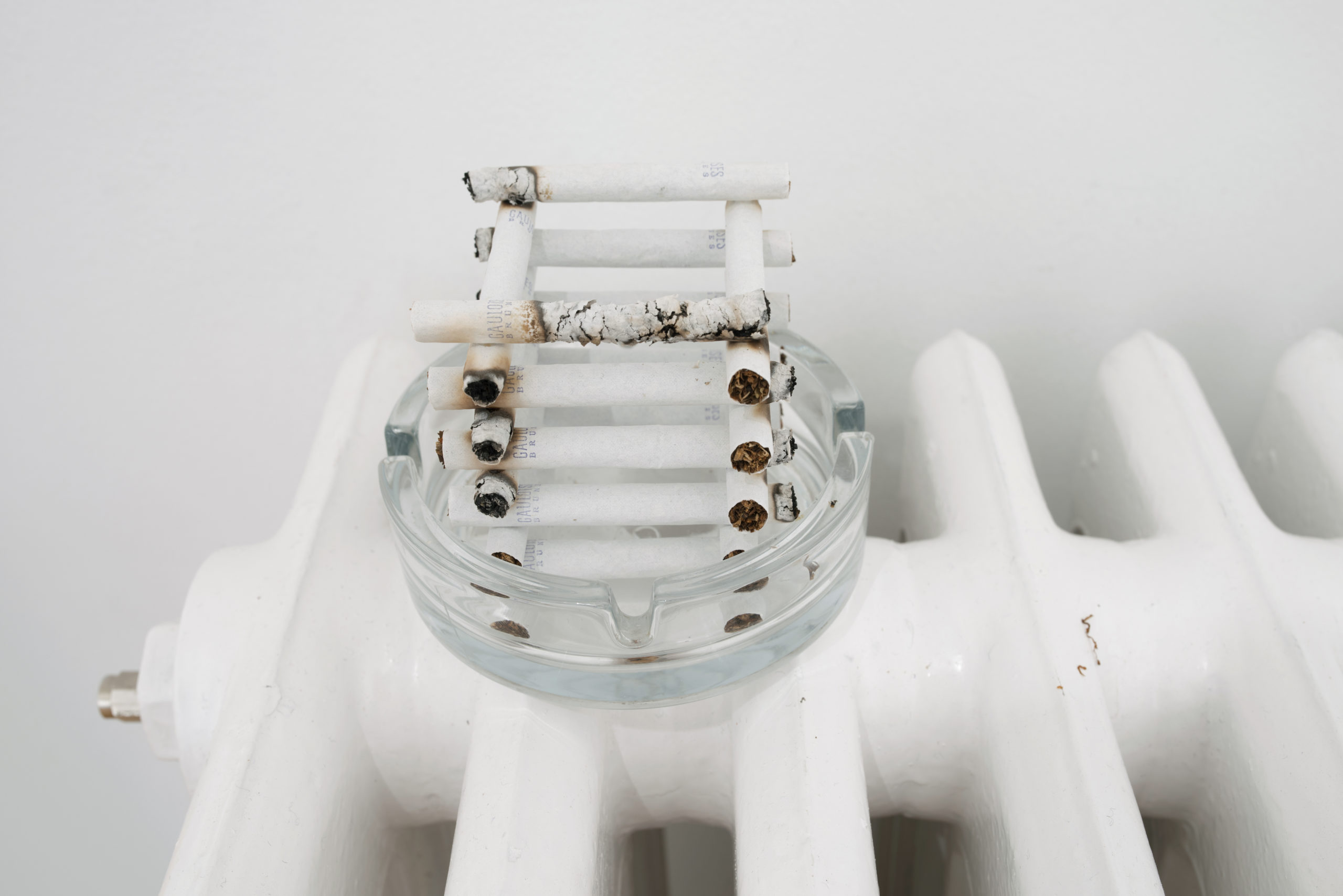 Whilst it may be difficult to qualify its aesthetics, one seldom struggles to recognize a work by Simon Nicaise. Drenched with the history of art, his practice of sculpture and the object seem to be owed as much to his visits to museums as to joke shops. Often resulting from the diversion of a daily object of which he cancels its use, of which he turns the revolving, semantic meaning with a simple contrivance, his art could be at the intersection of the ready-made and prestidigitation.
Simon Nicaise creates sculptures which are visual puns, wordplay taking a plastic form. He gives power to the objects, whose mastery can, at any moment, escape him and the subject is emancipated. By coupling forms, materials, situations, he associates elements which, in some way, contradict each other, add up or cancel each other out and, from there, give birth to a new poetic reality. Borrowing in his pieces pre-existing objects, either produced by industry, or of the order of the artistic field, Simon Nicaise proceeds by operations for which the often complex technical device becomes rather discrete.
He thus turns the internal logic of the objects, the elements, the matter, upside down. Investing them, hence, with a new way, with a new reading direction, he charges them with a poetic power.

His work has something of the labyrinth: simplicity of the layout for maximum cognitive confusion. What one recognizes in his work, is that the daily objects lead to dead ends or make us laugh at the here and now. The artist assumes and asserts this status of sorcerer’s apprentice, who plays tricks on others and on himself, and extirpates the familiar ordinary meaning.