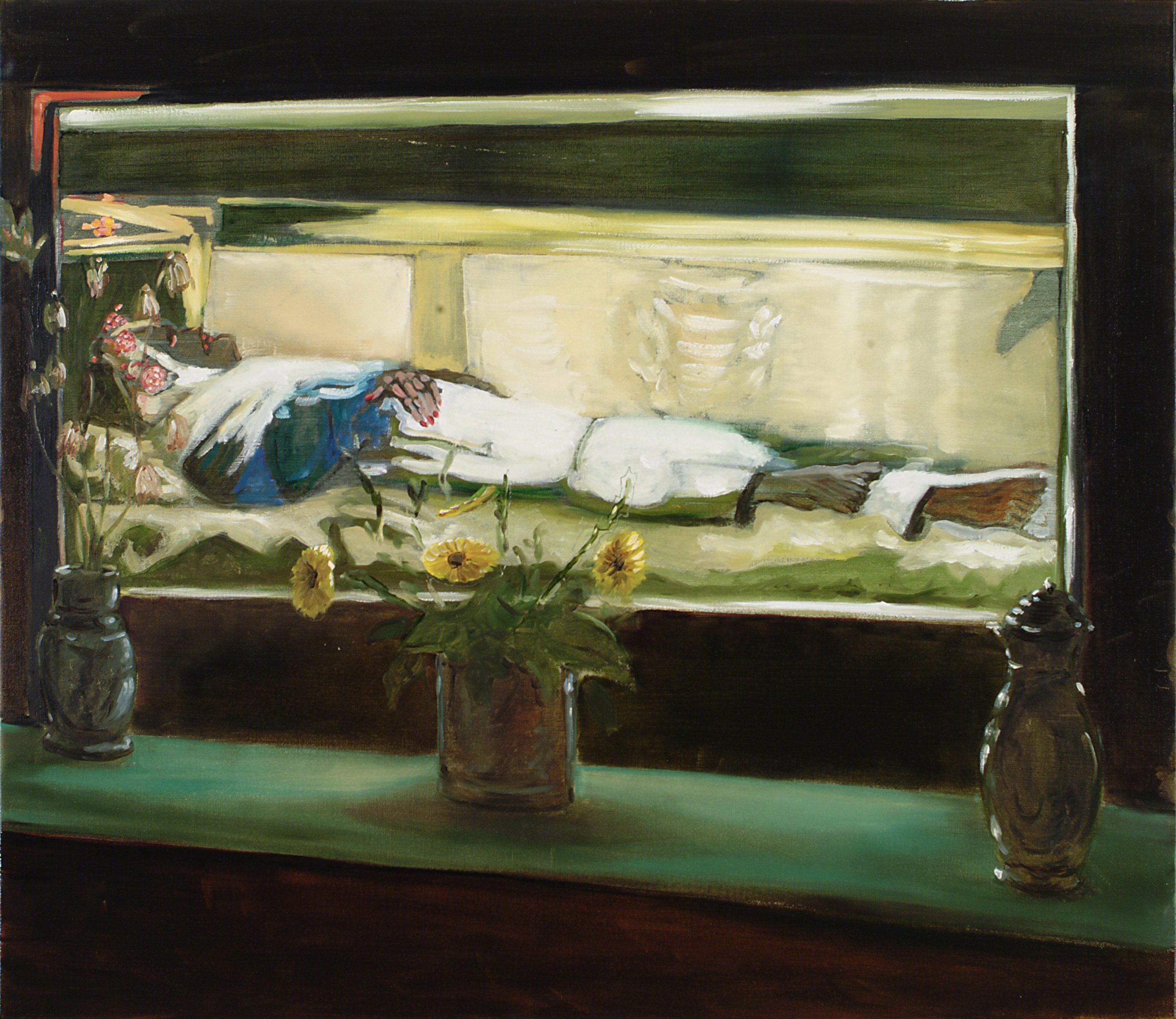 The Recrystallization of a Mental Maidenhood

For his second exhibition at the Baronian Francey Gallery, Jan Van Imschoot (°1963, Gent) unveiled a fresh series of paintings and drawings. Taking pride of place as part of the new exhibition is a series of 15 oil paintings entitled,‘Recrystallisation of a Mental Maidenhood’, centering on the 13th century Christian miracle legend of Zita, the maiden who went on to become sanctified.

This consistent blending of various substantial layers and references – ranging from religious spiritualised adulation of the human body across iconic historiography right up to almost sheer unadulterated modern-day eroticism – which unremittingly circles over the four beacons of religion, lunacy, imagination and metamorphosis, is typical of Jan Van Imschoot’s paintings. His new series of drawings however, on display here at the exhibition, see him largely focusing on just one of the inweaved themes, the theme of madness, bestowing a series of new layers of meaning on the theme.