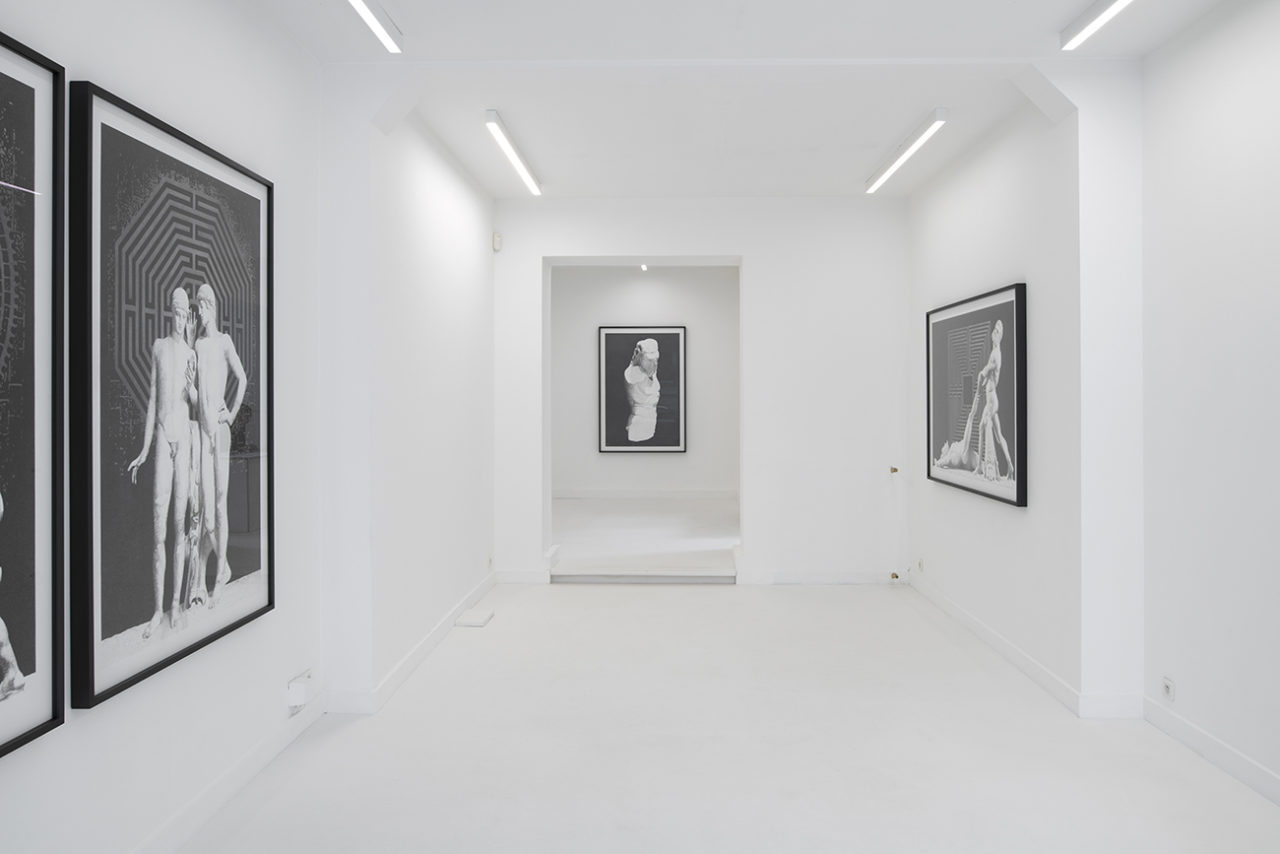 For his second exhibition at gallery Baronian, Jean Bedez has created a series of drawings that concludes a cycle begun in 2010, devoted to the representative forms of political and religious power throughout history. If the subjects are drawn from various registers since antiquity, his works function as allegories of the contemporary world. Following the treatment of a gigantomachy, in the most recent set, the artist proposes the theme of reconciliation and peace, as if to augur a new era. He combines ancient and medieval motifs from statuary and labyrinths into rich compositions open to iconological interpretation, inviting the viewer to an associative and meditative wander.  The research on history and the representations that build it are carried by Jean Bedez’s primordial interest in graphite drawing. The meticulous, almost obsessive rendering of materials and luminous contrasts, however, turns out to be falsely academic, as well as the procedures and the spatial order. The manner is also well inscribed in contemporaneity, whether it is the digital arrangements that preside over the manual execution or the very textures of the touch, which subtly evoke current images. The whole operation consists in weaving temporalities as much by the iconographic assembly, the mixing of historical and stylistic references as by the setting up of patient processes. – Text by Catherine Mayeur