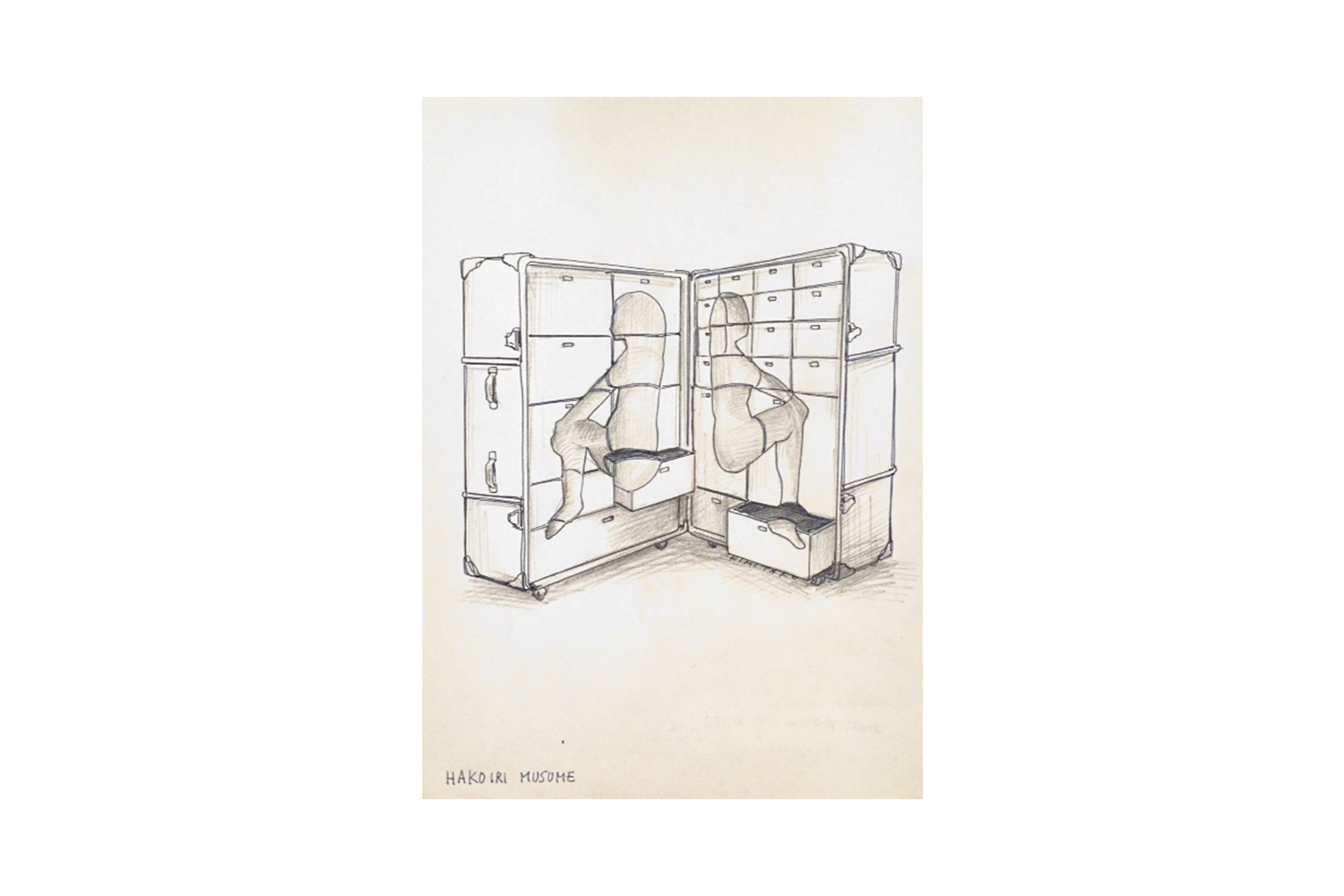 Hakoiri Musume - Girl in the Trunk

The Japanese idiom “Hakoiri Musume” translates into English as “Daughter in a Box”. The term originated in the Edo period (1603-1867) and describes “a young single woman who leads a sheltered life with her protective family” as if she were kept in a box. Widespread in popular culture, the expression has been used as a title for several movies, mangas and a television series, but as Naoko Takemaru, an Associate Professor of Japanese Studies at the University of Nevada, argues: in a rapidly evolving society, Hakoiri Musume represents “mostly a [past reality given the] steady increase in the number of young women who live away from their family for [their] education and career.[1]

Hakoiri Musume – Girl in the Trunk, Turin-based Japanese artist Sato Kimitake’s exhibition presented at Albert Baronian gallery on the occasion of the Brussels Gallery Weekend, evokes this phenomenon. The installation depicts the silhouette of a young girl trapped inside a large 1,30 meter high trunk. The work metaphorically conjures Hakoiri Musume, a daughter who has been “put inside a box” and carefully brought up by her family. The trunk is displayed open and reveals a negative cast of a young girl’s body. The figure as such is both present and absent from the trunk.

As Sato Kimitake explains: “just by watching the young girl’s outline, the viewer gazes at the trunk’s true contents. (…) The quality of the box in which something precious is stored reveals the real value of the object, material or item it carries. (…) Although it is only an idiom and should be understood in a figurative sense, taken literally, the act of storing and carrying one’s daughter in a box is an egotistical absurdity.”

[1] Naoko Takemaru, Women in the Language and Society of Japan, McFarland, 2010