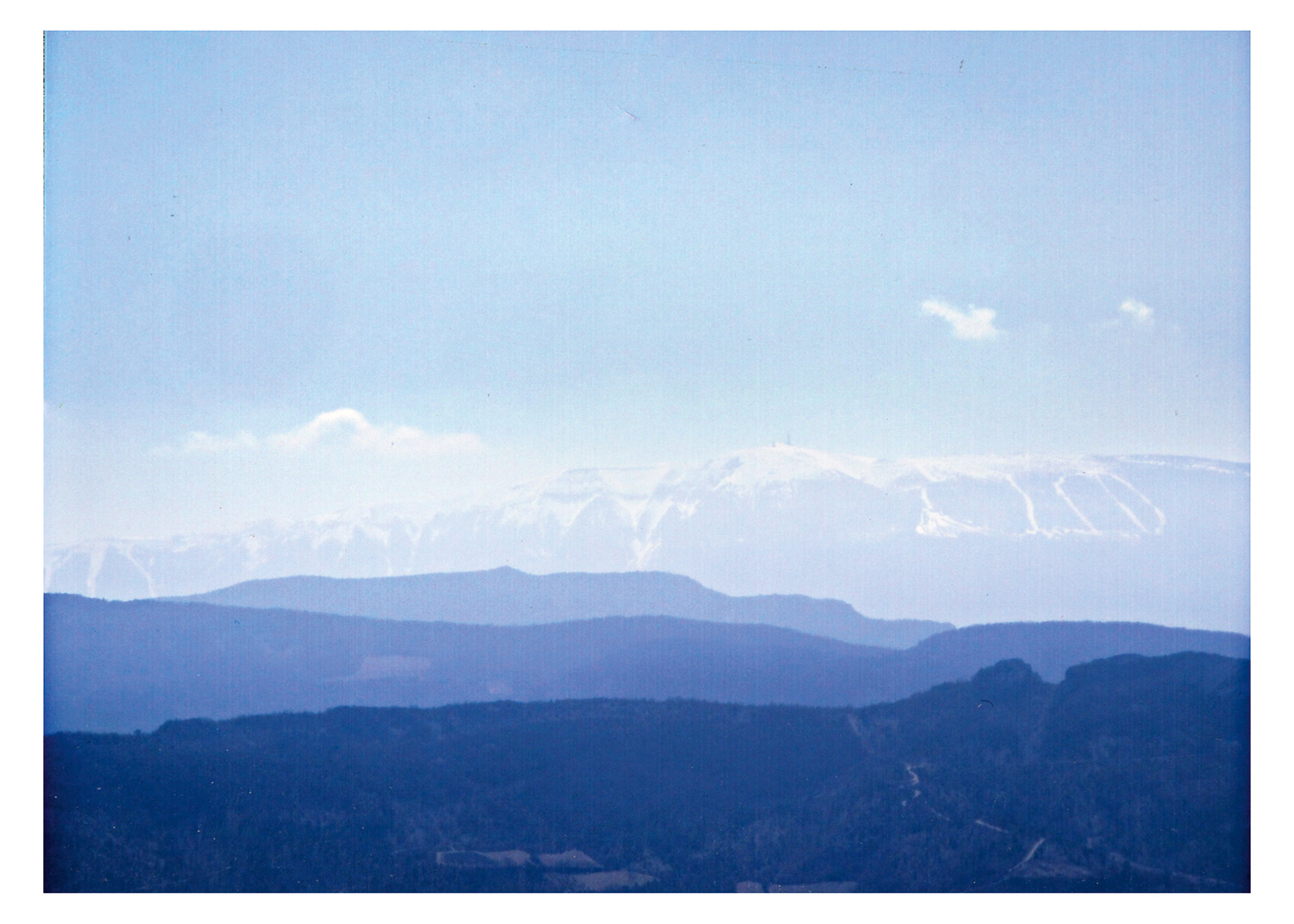 « Sometimes it is easier to define something by what it’s not, rather than what it is. For the “April” exhibition I did not want to produce a work which would be comfortable to talk about, something discursive, narrative or analytical. I wanted to make a statement that goes against the current grain, to affirm that everything is not political and that there are still spaces that escape this kind of discourse; for example, to talk about intimacy or a landscape that echoes it. That was my purpose.

My intention was to take up the space of the Albert Baronian gallery once again and to retranscribe this imaginary landscape, rendering its broad lines as the expression of a genesis. To do this, I used two types of works: “ Papiers de Provence ” and “ Chants géologiques ”.

The “Papiers de Provence ” are works created from plants, glued and pressed together and then dried in the sun several times to obtain a sort of paper. This paper is then painted in watercolours. They represent delicate little fragments of nature, attracting our attention by the strangeness of their colours and their light.

The “ Chants géologiques ” are large plates of molten glass, like slices of frozen liquid. They are made from several layers of coloured glass, both opaque and translucent, and can resemble improbable mineral strata.

Although they are entirely different, by bringing these two families of works together in the same space I intentionally show, through dialogue, the way in which they complement and nourish one another. If I had to give a meaning to this dialogue, or this exhibition, it would that of a struggle through gentleness. »