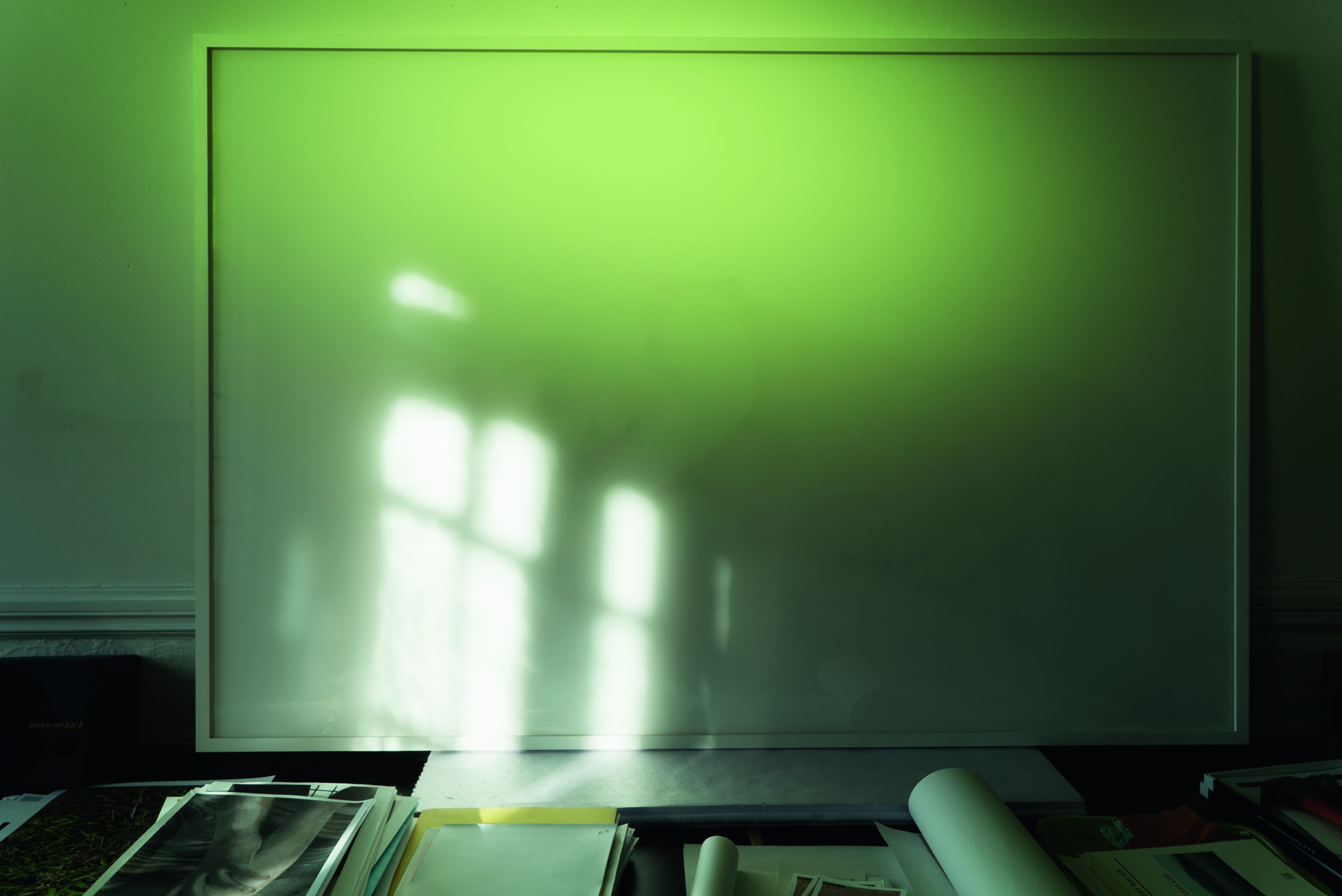 Photography, neon, text and video are the preferred media used by Marie José Burki. Using visual devices, her work focuses on creating constantly shifting relationships between static and moving images, which ceaselessly interrogate our perceptions of reality in a world saturated with images. Associated with close observation of the background of daily life, the confrontation of these media contributes to the realization of a ‘fixed’ temporality, and, by this very means, to an evocation of time as at once real and suspended, accurately reflecting its relationship to the world in which we live. Beyond an almost absent narrative, a description emerges which plays with pictorial and literary codes, questioning the relationship with the pose in the image, along with the concepts of duration, space and perception. The time filmed by Marie José Burki is not social time. Naked and stripped, the time which passes before our slowed gaze makes us reflect in a world saturated by the acceleration of time.