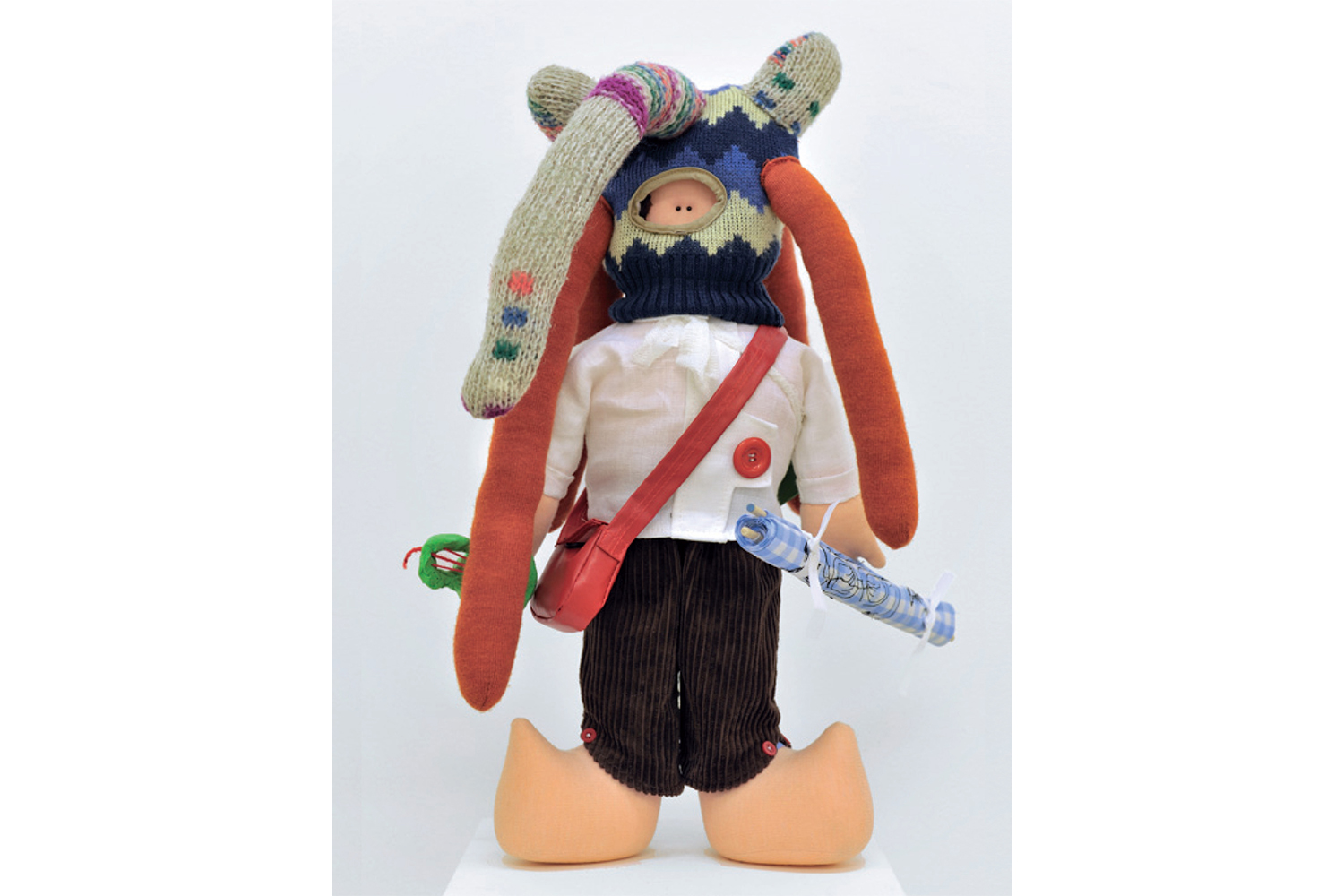 In 2008 John Bock was approached by editor Christophe Daviet-Thery with the idea of creating an artist’s book. John Bock was initially inspired by a Japanese children’s book shaped like an insect, which morphed into his first idea of creating a book in the shape of his own silhouette, featuring a classic studio portrait on the cover. He later rejected this idea as too confining, and eventually arrived at a subsequent meeting with Christophe in Berlin with a doll-like figure tucked in the child seat of his bicycle. From that point on Bock’s book project evolved into a collection of standing figures or “puppet” – each stylized and patterned individually by the artist and his personal tailor, adormed with unique and colorful headgear, and equiped with hand-embroidered cloth “books” inspired by Japanese scrolls.

With Howdy Bamington John Bock has produced a project where the impulse to design a more traditional book eventually evolved into the complex fabrication of a self-portrait of the artist as a ” puppet” – a figure of uncommon humor, innocence, and personal style. John Bock’s “puppet” are conceptually connected to the notions of performance, provocation, and manipulation – all central to his pratice.