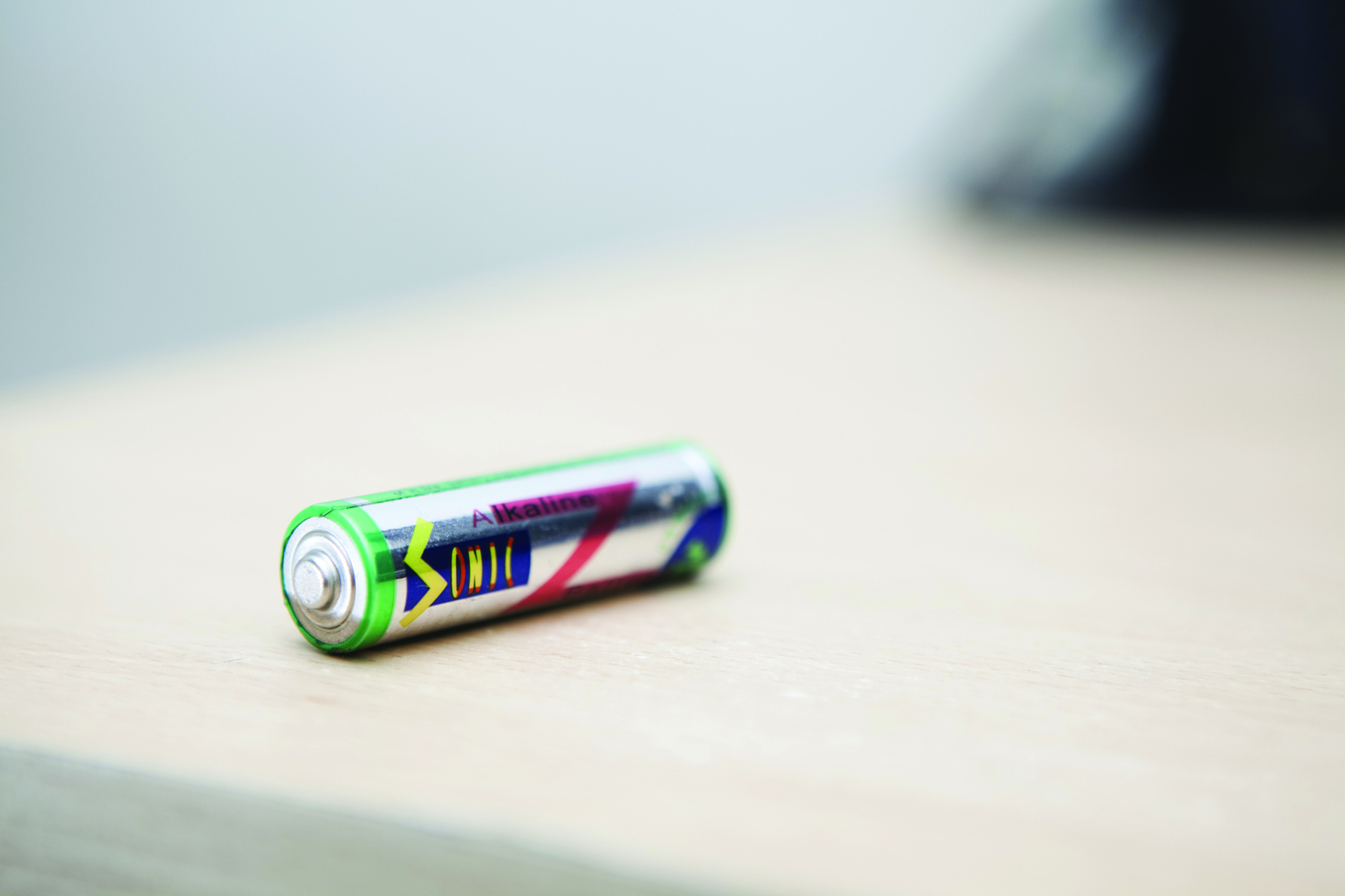 In the Room Magali Reus presents Out of Empty, consisting of two new works: Parking (Slip), a single fold-open chair mounted at low level on the wall and Out of Empty, a glass container sitting seamlessly inside the wall between the main gallery and the Room.

Upon entering one has the sensation of being in a transitory space, where one is held to wait before moving on to the next. This temporary moment of transience and deferral, before completion or arrival, according to Reus contains the most exciting potential, relating it to the moment in the production process when a liquid mass gets transformed into a finished product.

This idea of material being in flux between liquid and solid states is translated into the glass container, holding a series of objects cast from aluminium batteries and black polyurethane rubber watches which are stranded in a layer of iced water. Just as the watches have become obsolete accessories, the batteries here – usually capsules of fluid energy setting things into motion – have turned into fossils venting their own ineffectuality. (…)