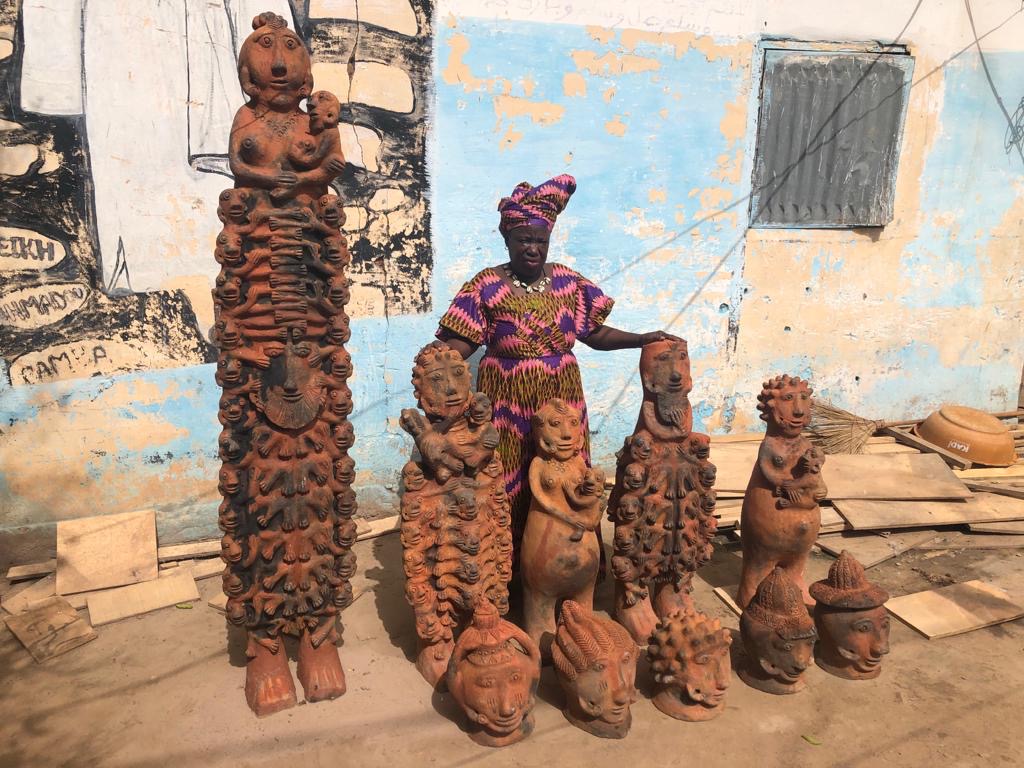 Seyni Awa Camara is a Senegalese artist from Casamance, who lives in a small village lost in the heart of the forest. Initiated by her mother to the traditional techniques of pottery when she was still a child, her artistic practice very quickly moved away from the utilitarian character of the object to assert itself as an aesthetic research on substance and form.
According to a local legend relating to a mysterious and divine initiation, Seyni and her brothers were abducted by the geniuses of the forest who taught them how to work the earth. To bring them back, the villagers made some animal sacrifices that soothed the spirits.
Taken from stories dreamt up or invented, her monster creations, often carrying other little monsters, are imbued with a mysticism inherent in the animist spirits and practices that characterize village Africa.
Revealed to the western world during Jean-Hubert Martin’s pioneering exhibition “Les magiciens de la terre” in 1989, her works have subsequently toured the world.
The reason for this transnational fascination for her art is explained by that small part of the spirit that is common to all men: the sincerity of the emotions. 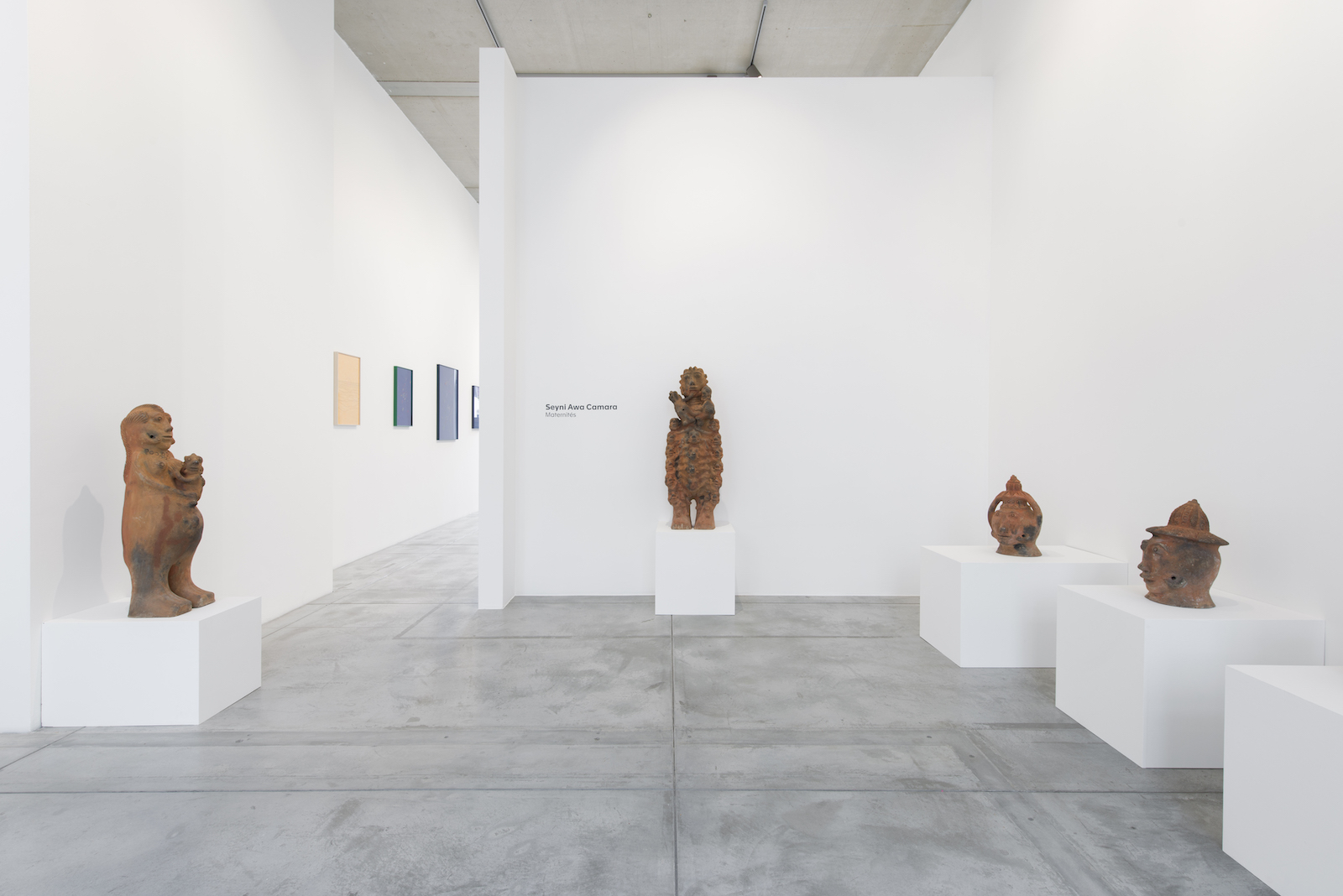 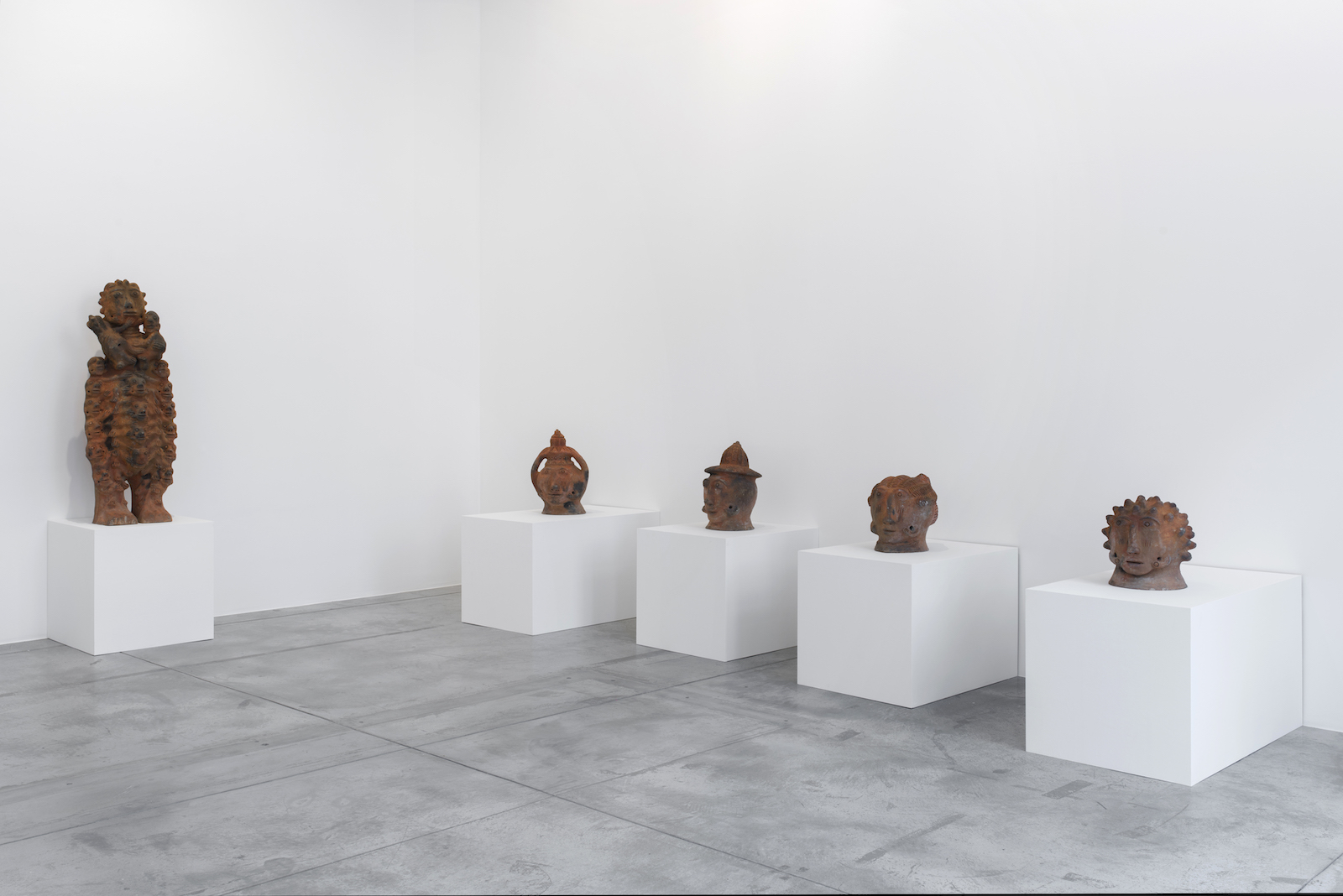 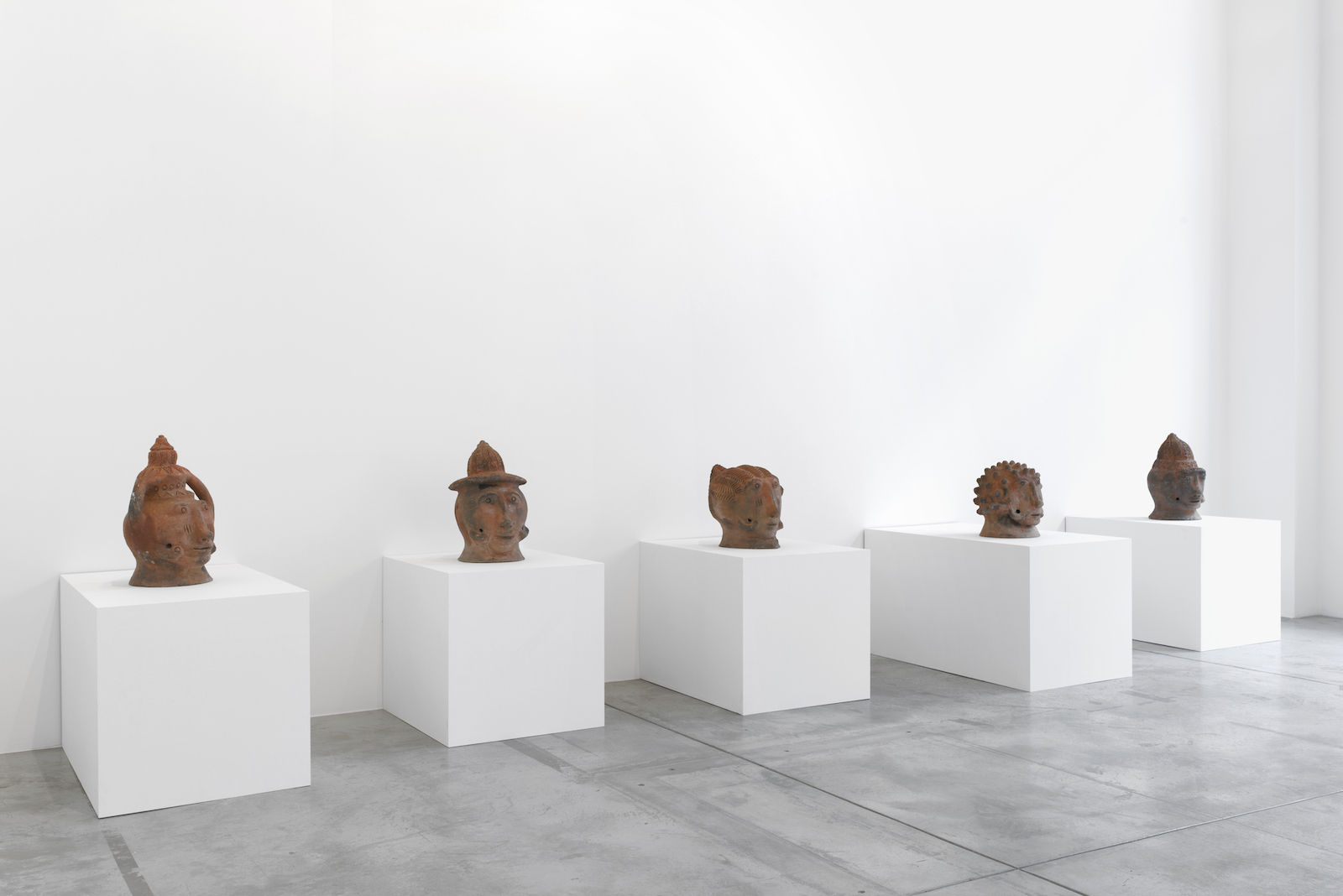 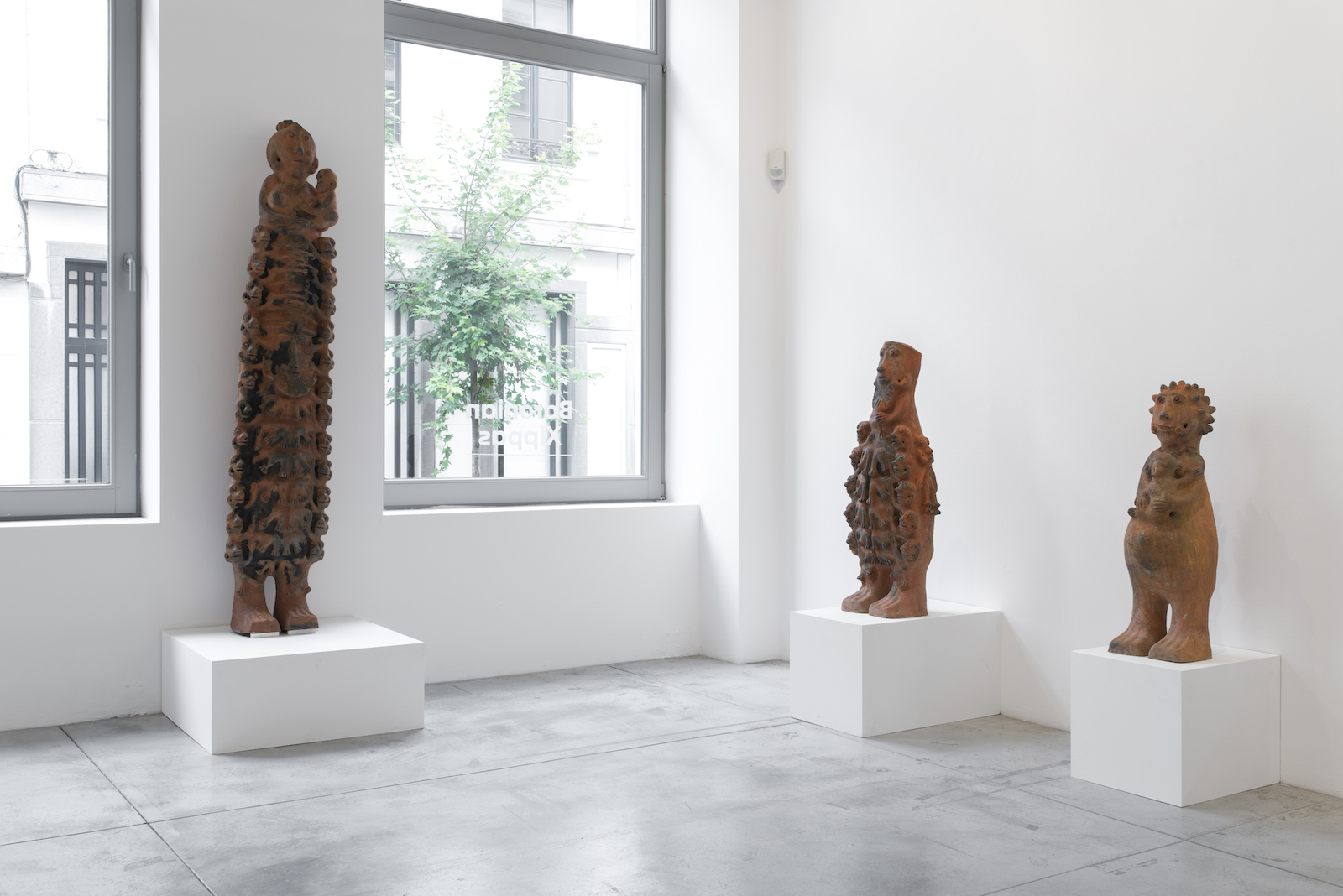 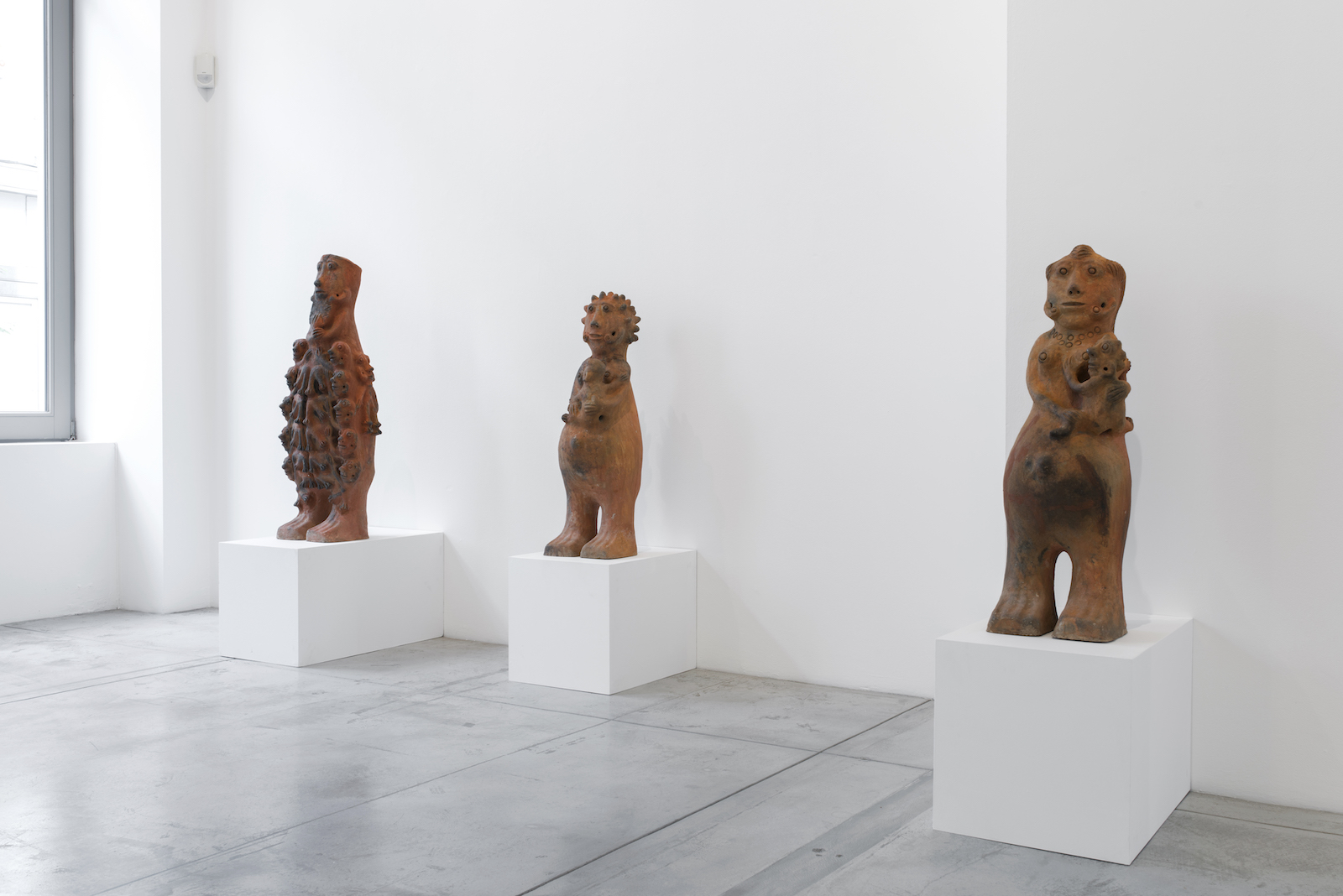