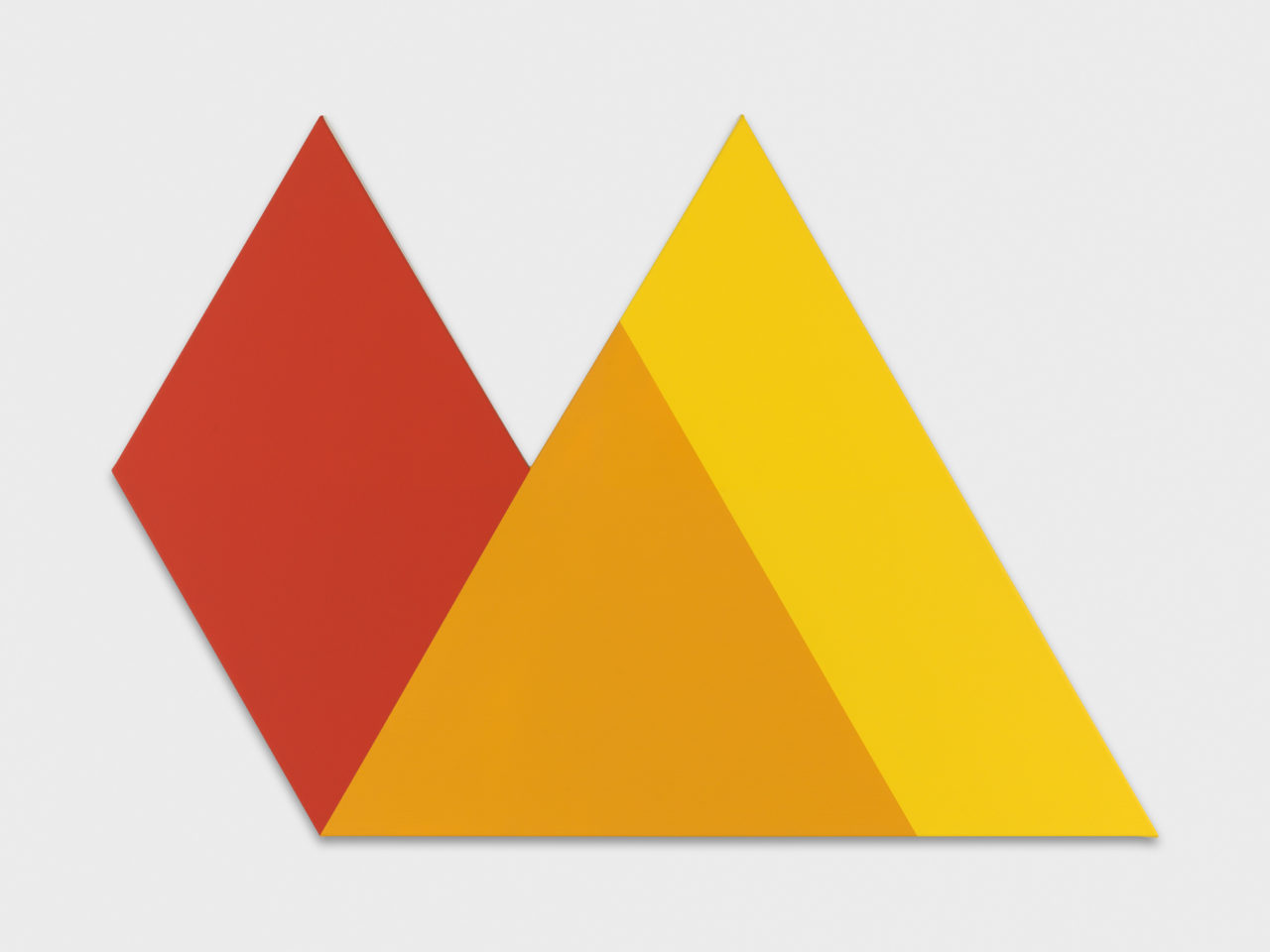 Baronian Xippas is pleased to announce Swiss artist Stéphane Dafflon’s (b.1972, Neyruz, CH) solo exhibition at the gallery. The presentation brings together fifteen new paintings, each of which is 70 cm high. The works on display have attractive colours and diverse geometric forms. ‘Shaped canvases’ and square paintings hang side by side in a dynamic and well-balanced installation.

Stéphane Dafflon’s paintings are simple in appearance yet their surface is smooth and perfectly rendered. The works, which comprise geometric and abstract forms with clear outlines, initially challenge us with their sobriety. Only when we look closer do we see that the sharpness of the shapes becomes blurred and that some of the corners are rounded. Stéphane Dafflon subtly distorts the lines and shifts the alignment.

Dafflon’s paintings are first created on a screen, and subsequently transcribed from the computer to the canvas or the wall. They only fully come to life in the environment in which they are displayed. Indeed, the architecture into which the works are integrated is systematically taken into account by the artist. His works interact with the exhibition space and influence the viewer’s perception of it, both physically and visually. The paintings seem to emerge from their predefined frames and to activate the space. Stéphane Dafflon’s work creates a palpable, tangible and almost audible experience. The artist wants to evoke a variety of physical sensations, akin to music from which he draws his inspiration. His influences are varied: from concrete art to minimalism in the shapes and colours he uses, graphic design and monochrome painting. Dafflon’s artistic approach is in line with the historical movements of modernity, whose formalism he reinterprets in a deliberately uninhibited way.

In the presence of the artist and Julien Fronsacq, Chief Curator at the MAMCO in Geneva and author of an essay on Stéphane Dafflon’s show.

Stéphane Dafflon was born in 1972 in Neyruz (CH). After graduating in visual arts from the Art School of Lausanne (ECAL) in 1999, he became an associate professor at that same school in 2001. His solo exhibitions include: U + 25A6 at Plateau FRAC Ile de France in Paris (2018), Blue in Green, a facility designed for the festival Le Printemps de Septembre in Toulouse (2018), Fri-Art Center for contemporary art in Fribourg (2011), Turnaround at the Mamco (2009), Statik Dancin’ at the Frac Aquitaine (2007) and at the Villa Arson in Nice (2002). He took part in the following group exhibitions: Construire une Collection at the MBA in Rennes (2018) and Collectionneurs at the Kunstmuseum Lucerne (2016), to name a few.