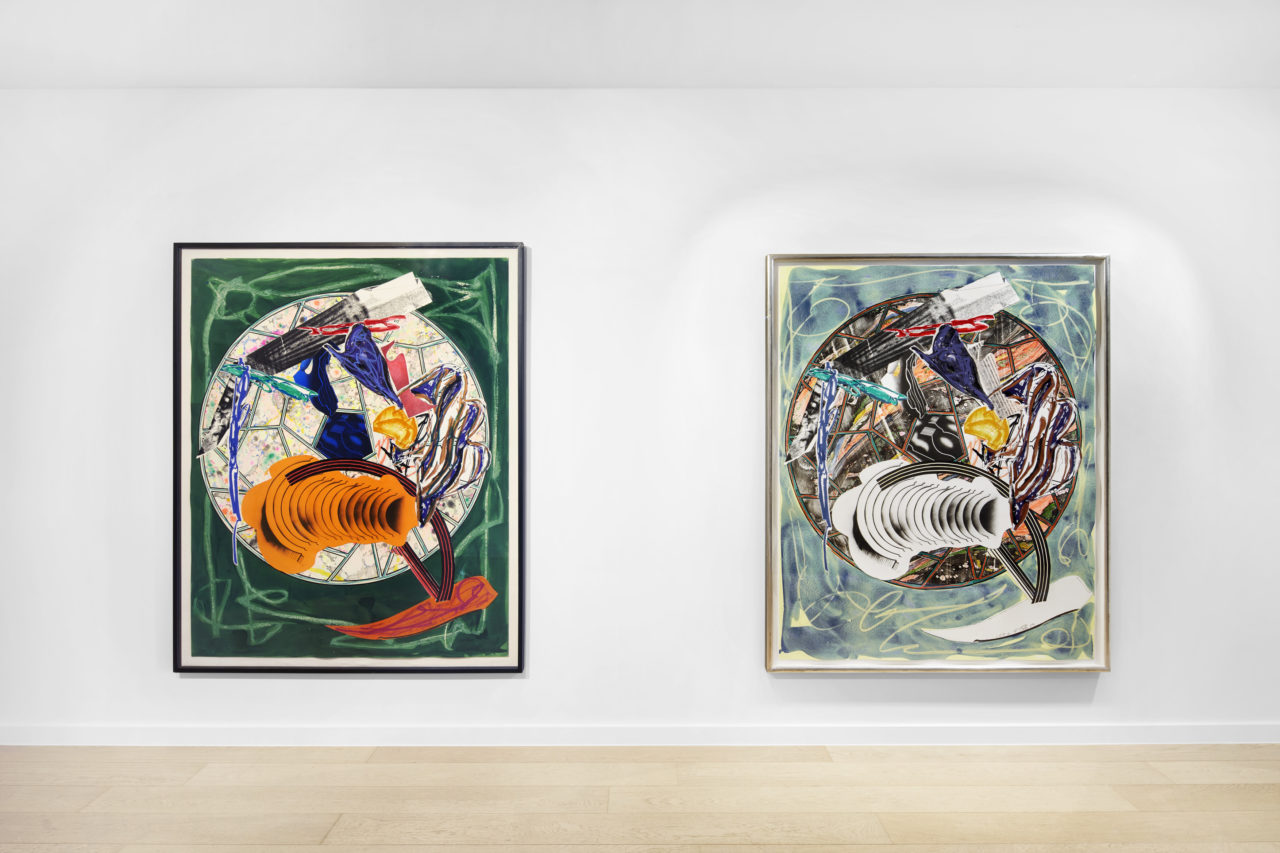 The Waves & Had Gadya

Baronian is delighted to host an exhibition of the works of Frank Stella dedicated to the 1980s, a critical period in the artist’s production, during which he created two series of works: The Waves and Illustrations after El Lissitzky’s Had Gadya.

Frank Stella’s Had Gadya series emerged from his visit to the Tel Aviv Museum in Israel in 1981. During a tour of the collection, he discovered a set of eleven gouaches by the Russian avant-garde artist El Lissitzky, which were illustrations for the traditional Jewish Passover song Had Gadya. Stella was drawn to the simplicity of the Had Gadya narrative and Lissitzky’s graphic, stylized rendering of it. It marked the beginning of pictorial research around the question of abstract narrative and the of a non-figurative language used for narrative purposes.

Frank Stella came back to creating unique print variations with The Waves series, which revolves around the chapters of Herman Melville’s novel Moby Dick. The creative process included the cobbling together of various superimposed layers which is how Frank Stella brought painting toward sculpture.

The artworks in this exhibition are signed and dated by the artist and bear the indication “CTP” for “Color Trial Proof”. This term is used by Frank Stella to designate unique works that are the result of various printing techniques on which he has reworked the pattern by hand.