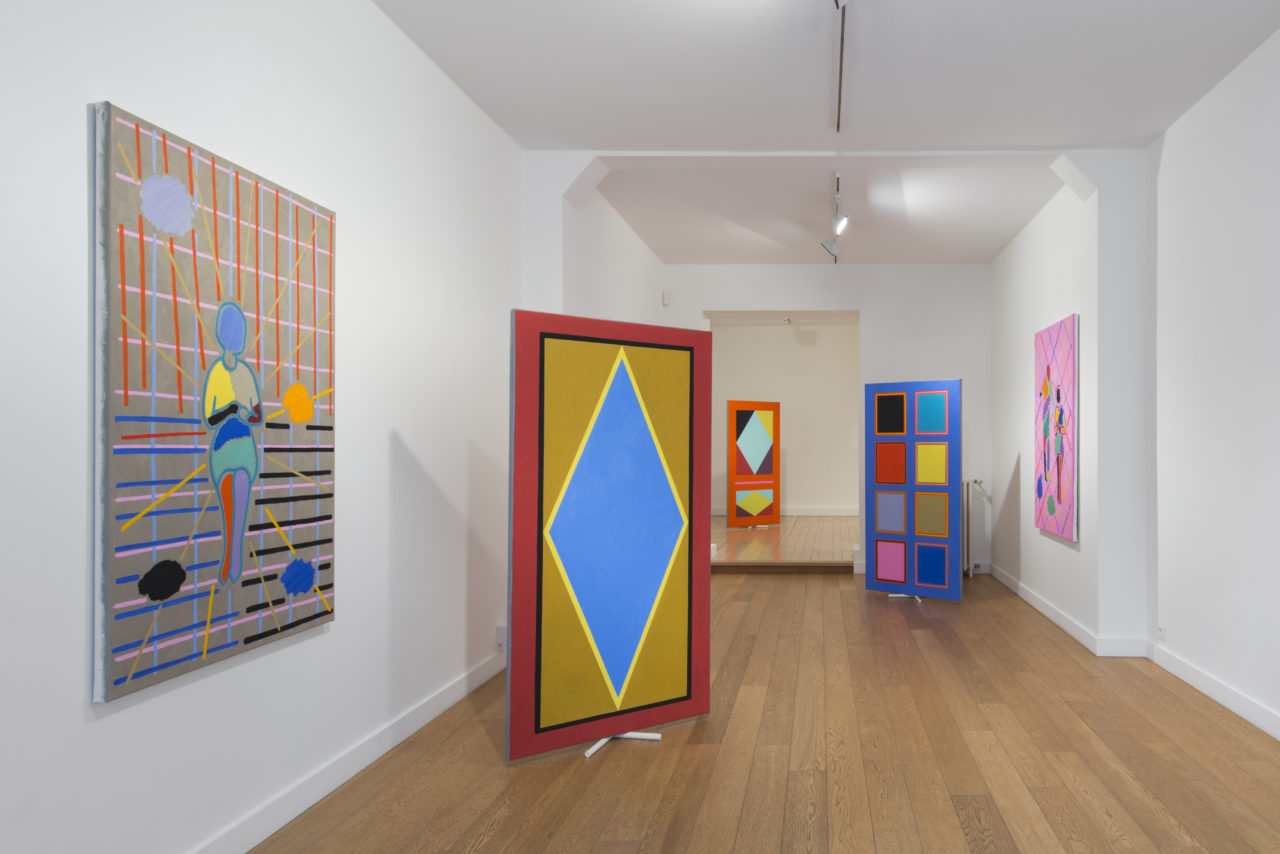 Baronian is pleased to be hosting Je fais ce que je veux, a solo exhibition with new works by Leen Voet. Leen Voet gets carried away by found visual or literary sources and questions, often in a humorous way, the notion of creativity. The works in the exhibition are from her new series JE FAIS CE QUE JE VEUX and they are based on both the text and the scenography of the song Je fais ce que tu veux by Bourvil, pseudonym for André Raimbourg, in the television show Rendez vous avec …, RTF, 1961. It is a song in which Bourvil sings with ironic lyrics the small scenes of reactionary family happiness, small domestic scenes, leisure and reproduction. The song about family happiness is performed in a simple studio staging where six doors can be seen in the background. Reflecting on the status of a painting, Leen Voet adopts the six variants of the doors from the studio scenography. By applying a contradictory energy of colors, the paintings based on the door elements immediately evoke associations with hard edge painting, where geometric abstraction and symmetry are important.