Baronian Xippas is pleased to be hosting, Vergence, the first solo exhibition of James Siena in Brussels presenting a series of paintings and works on paper. Siena’s artworks are characterized by his graphical and calligraphic way of working. He started his career by making abstract paintings from an aesthetic angle, from which he later became inspired by artificial intelligence. Therefore, he often refers to his works as visual algorithms. He begins with a shape or a set of lines, which he allows to guide the evolution of the work. Siena’s way of working with repetition, which becomes a web of lines and color, produces a labyrinth in which the spectator can get lost. However, Siena makes sure that there is a rational base in each of them. They make reference to ancient civilizations, like aboriginal drawings, African textiles, and Maori tattoos. The fact that the works have these references provokes a feeling of temporality. 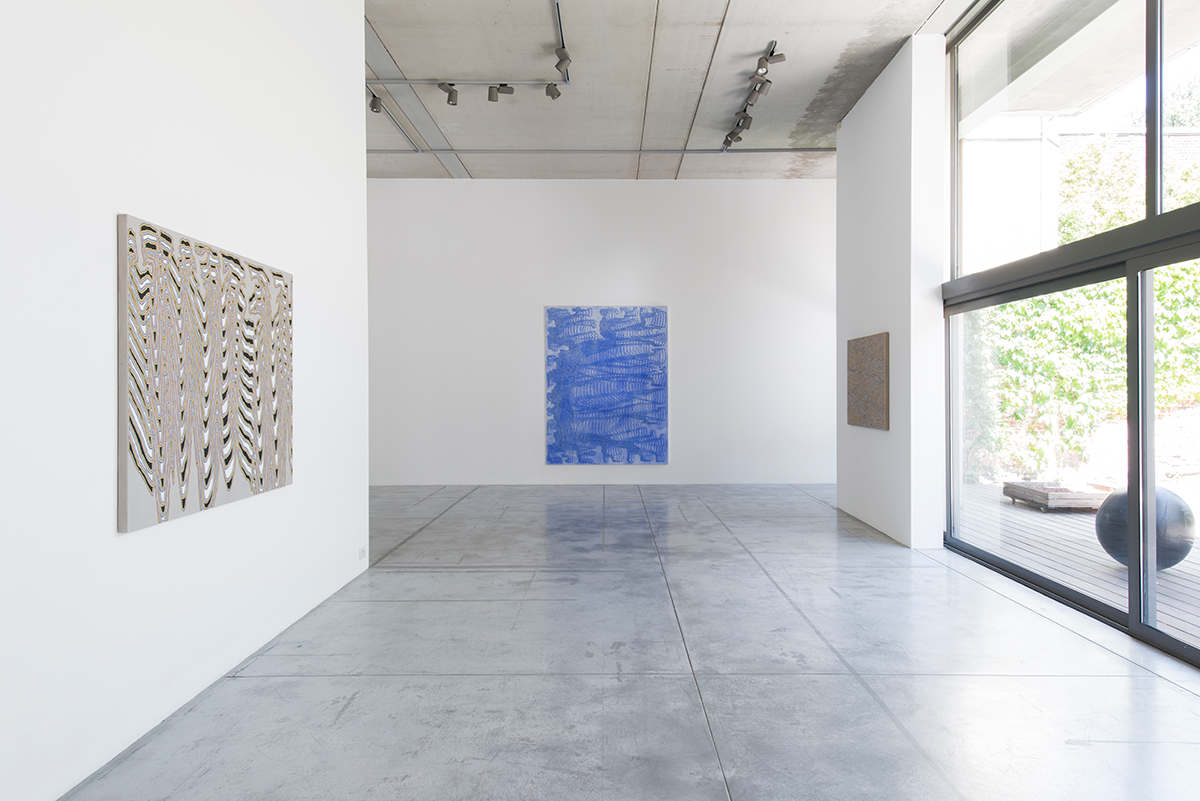