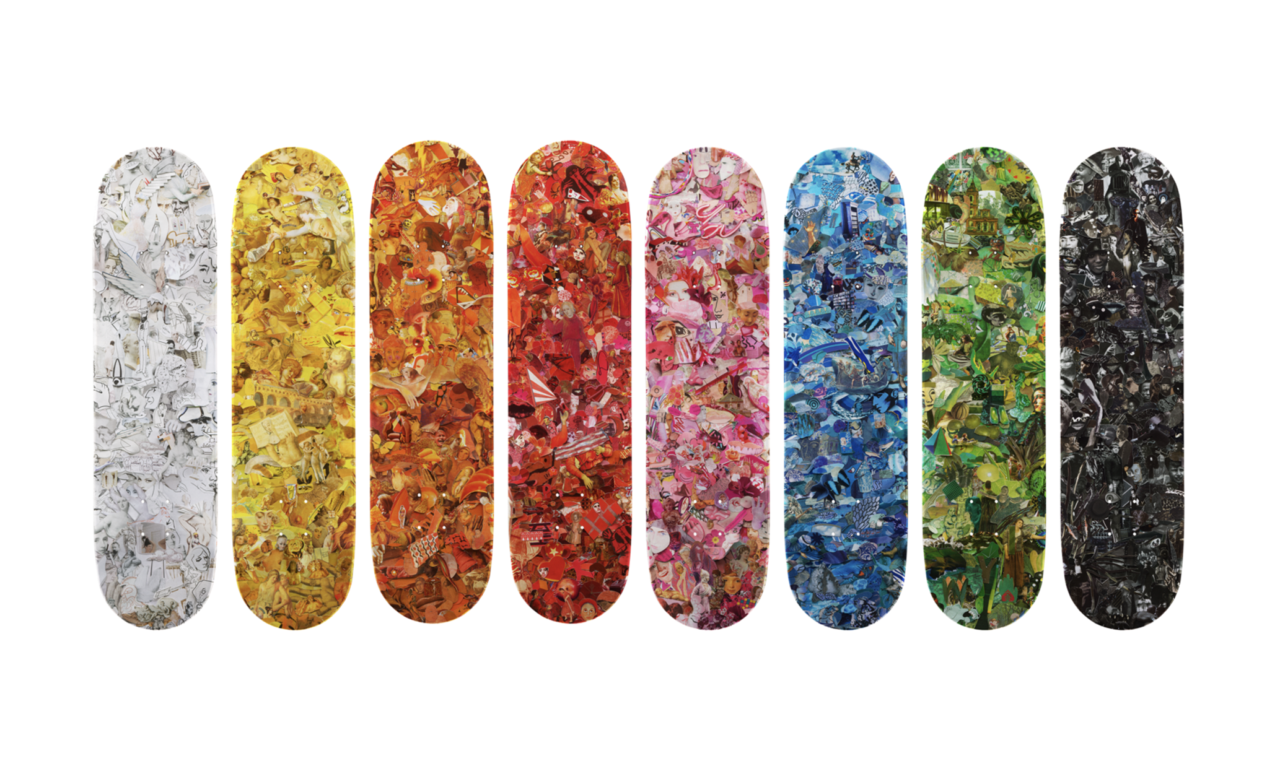 As a child, Vik grew up in a low-income family from Sao Paulo. When he established himself as an artist, he devoted a large body of his work to give back to those who needed help the most: the poor and disenfranchised. Through the Pictures of Garbage series, Vik put the spotlight on those most forgotten by Rio de Janeiro’s society.

Vik Muniz’s art and social engagement resonate with The Skateroom’s socially driven business model. Through the sales of these editions of 75, The Skateroom commits 5% of the sales proceeds to support Coletivo Skate Maré, a volunteer-led grassroots movement that uses skateboarding as a tool to empower at-risk youth in the Rio favela of Maré. An additional 15% will support Escola Vidigal, Vik Muniz’s art and technology school for low-income children from Favela Vidigal in Rio.