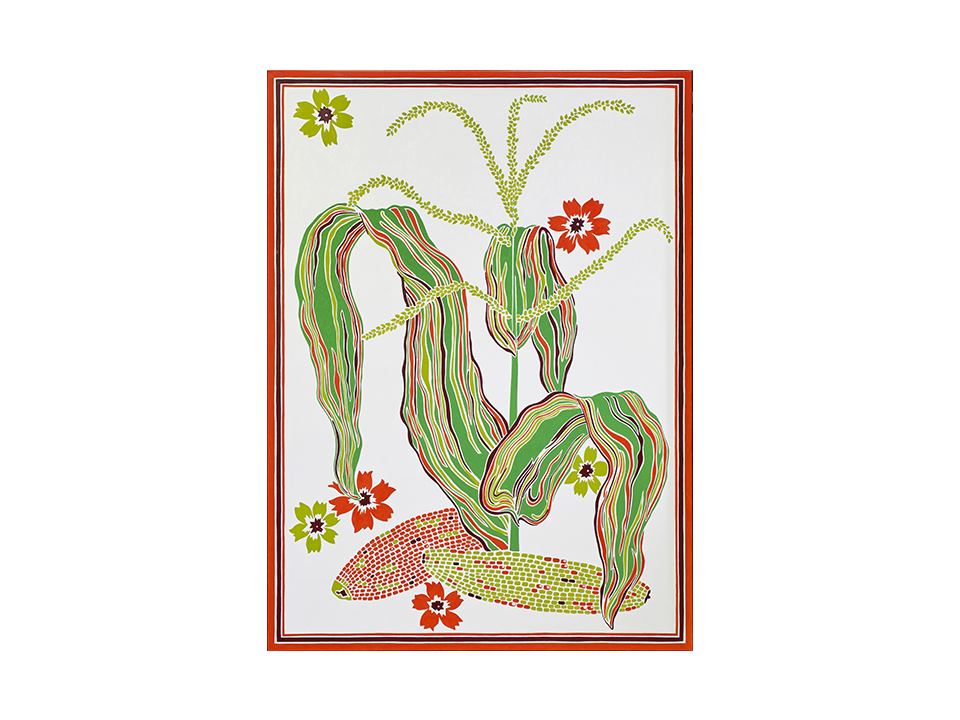 Baronian Xippas is pleased to present ALDA & ARMAND, a solo exhibition of new paintings by the Belgian artist Leen Voet.

ALDA & ARMAND is a solo exhibition of new paintings by the Belgian artist Leen Voet (1971-). The large-format oil paintings are based on four tea towels decorated with screen-printed flowers that the artist’s family received at a local food market in the 70s and 80s. Decades later, Voet’s father gave her the memory-laden tea towels on the express condition that she “make paintings out of them”. Leen Voet took up the challenge. She translated and enlarged their designs on canvas. The ALDA & ARMAND series includes exact reproductions and geometric rendrings that document the tea towels’ psychological and intimate dimension.