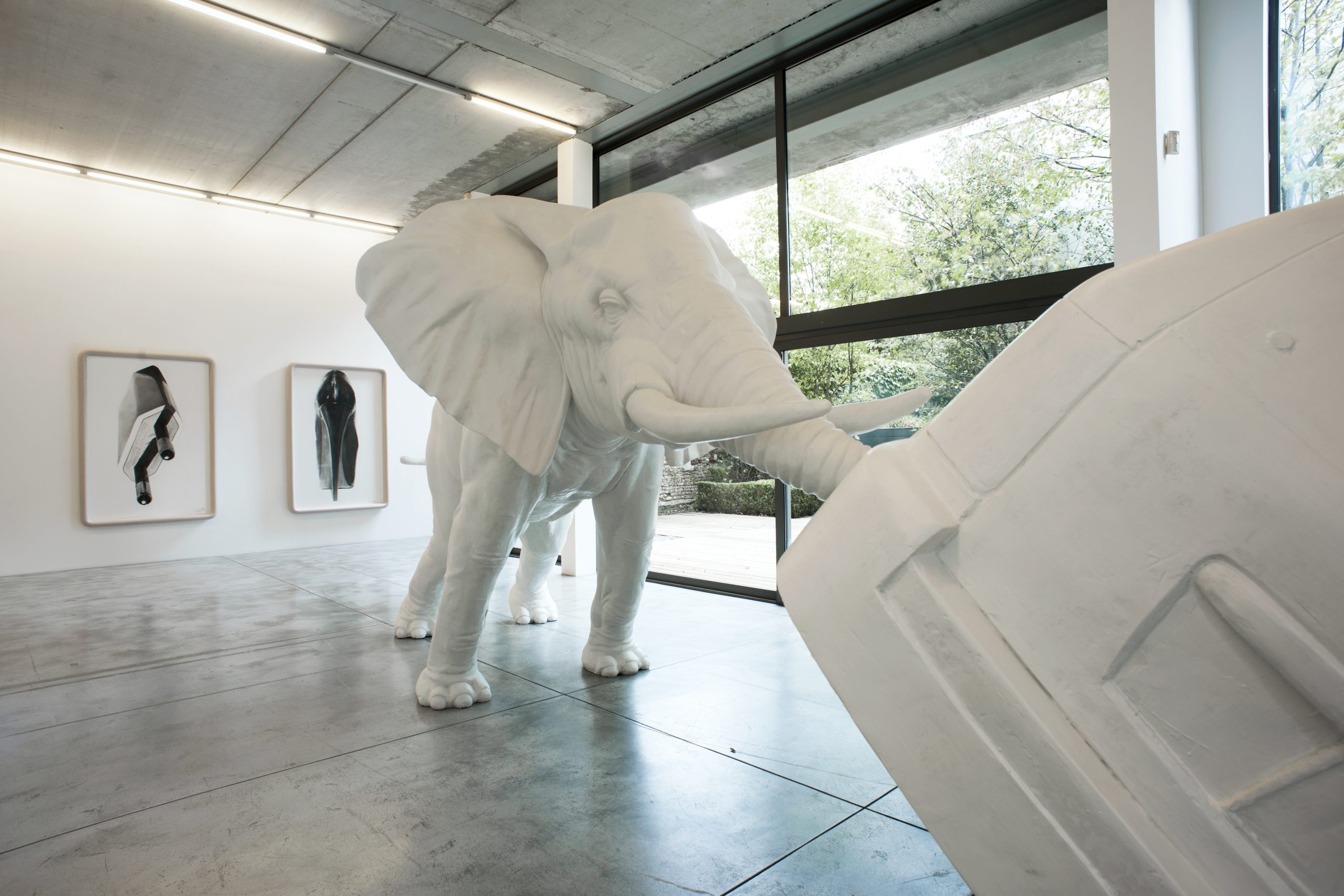 When he relocated to Paris in 1990, Wang Du (b. 1956, Wuhan, China) was instantly startled by the intrusive presence of media images in the public sphere and their permanent meddling of reality and representation. Wang Du’s practice involves collecting media images and appropriating them into expansive sculptures. His curiosity about the media and what he terms the ‘international landscape’  – advertising hoardings, newstands overflowing with newspapers, bright multicoloured magazines and an endless flood of television – has become the main inspiration for his work. These sculptures are often overwhelming due to their immense stature and their critique on the power of mass media in contemporary society. Wang Du has been recognized as a master of manipulating images related to the mass media. He is an iconoclast who re-appropriates and deconstructs the spectacular images of our contemporary society, especially those related to the logic of creation, consumption and manipulation of information, both textual and visual. In his often large-scale sculptures and installations, Wang Du turns some of the most spectacular moments propagated by the mass media into ironic and absurd forms. The artist has been quoted as saying : “I organize my projects just like the media do with reality”. 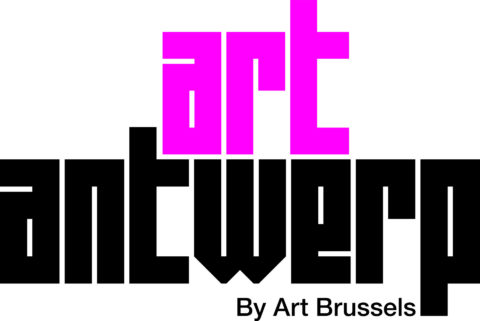 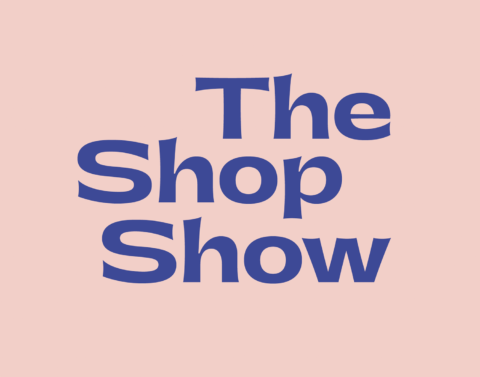 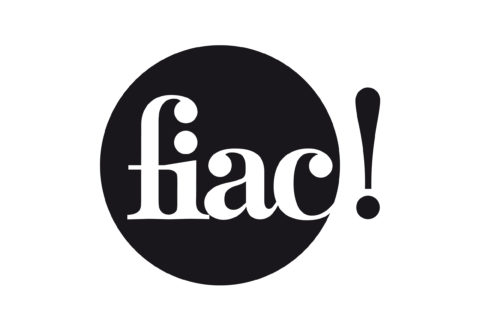 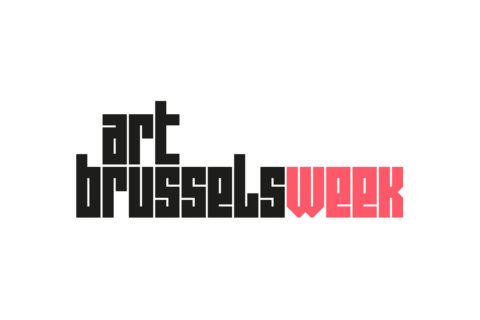 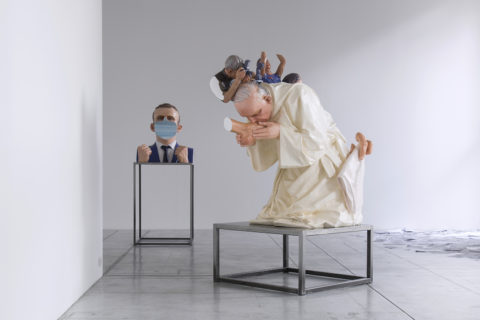 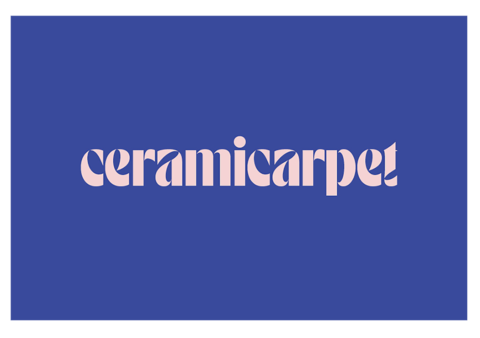 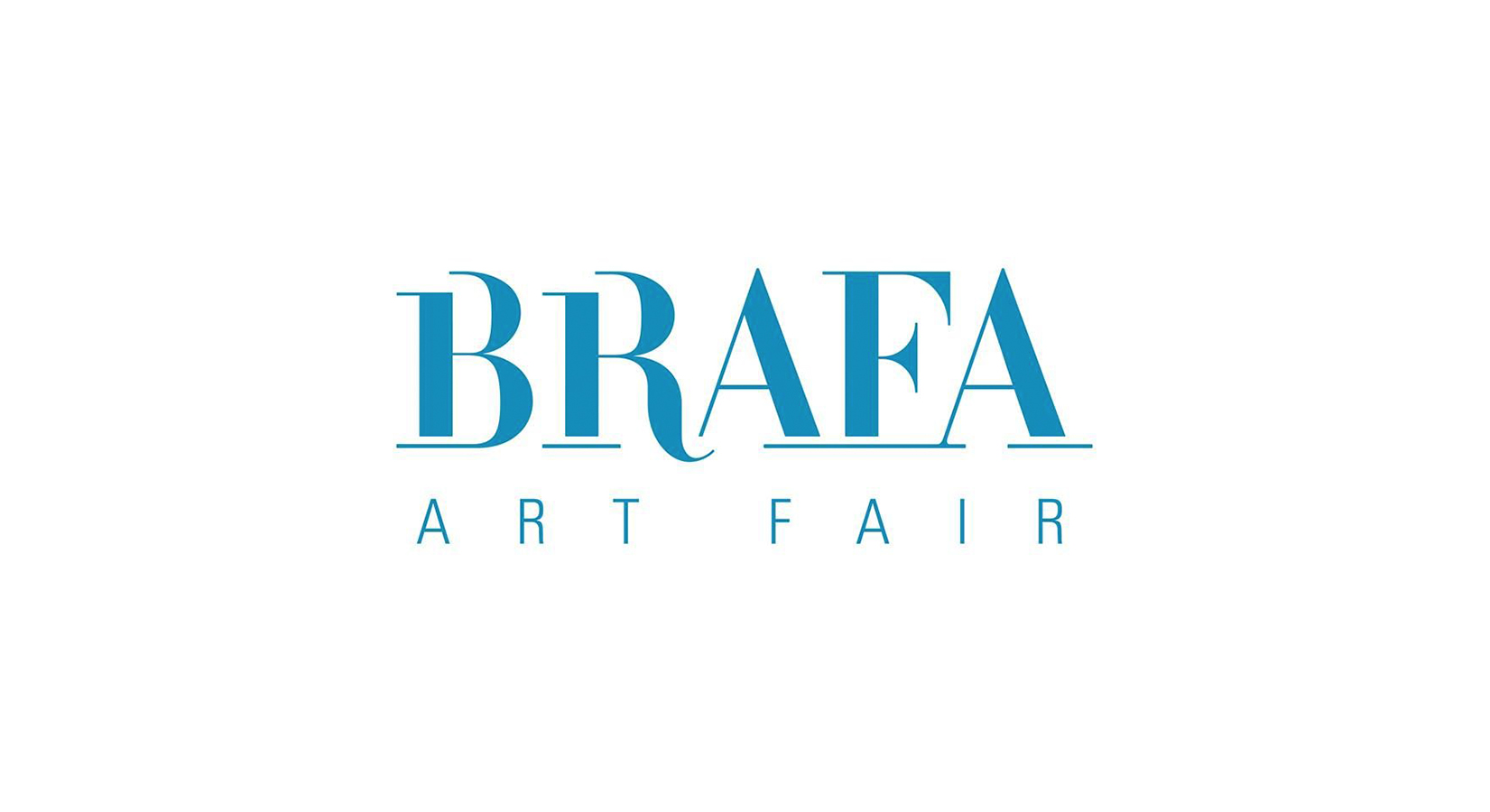 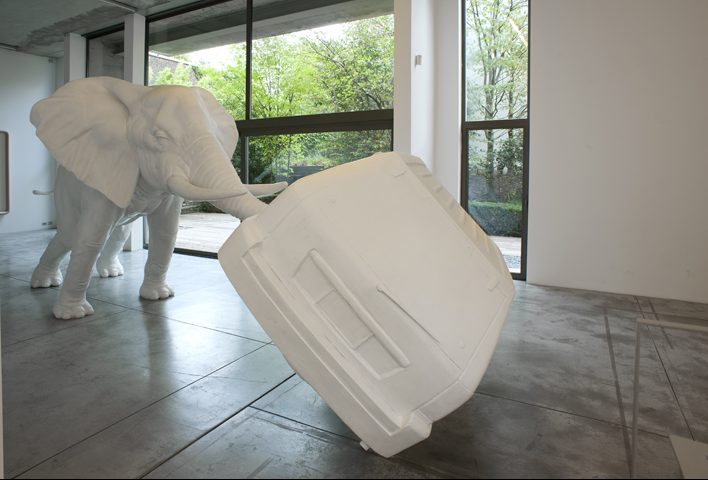 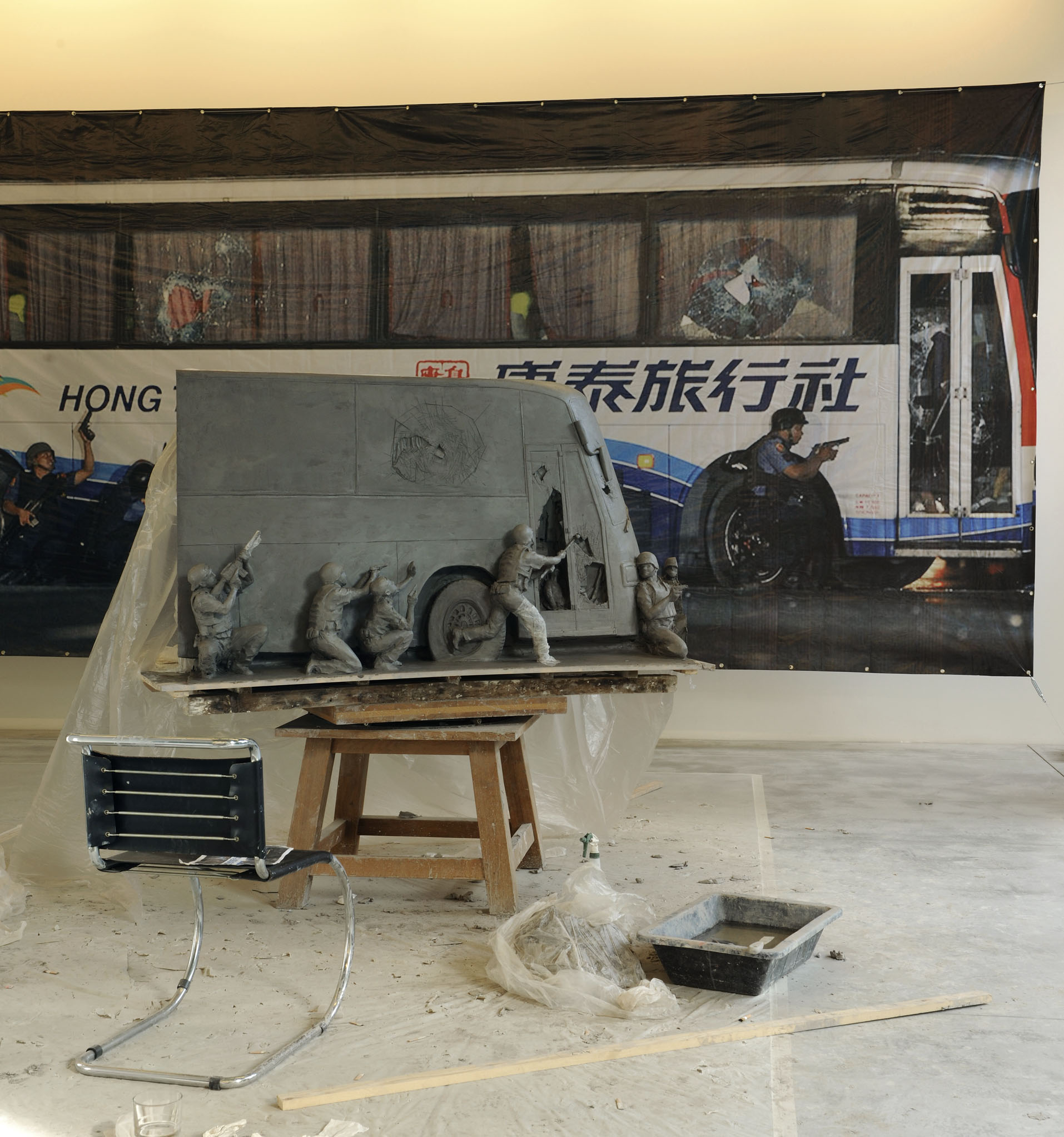 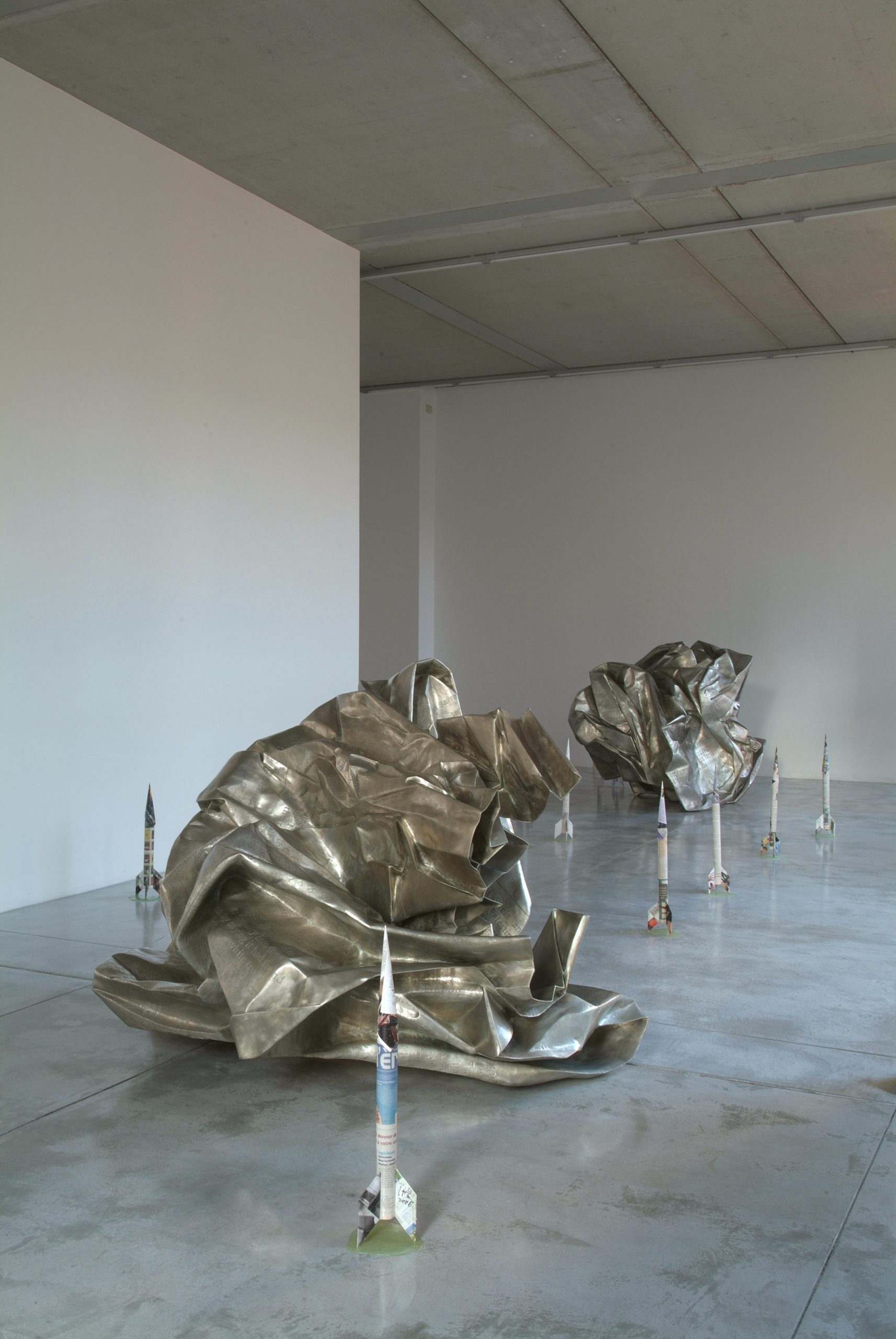 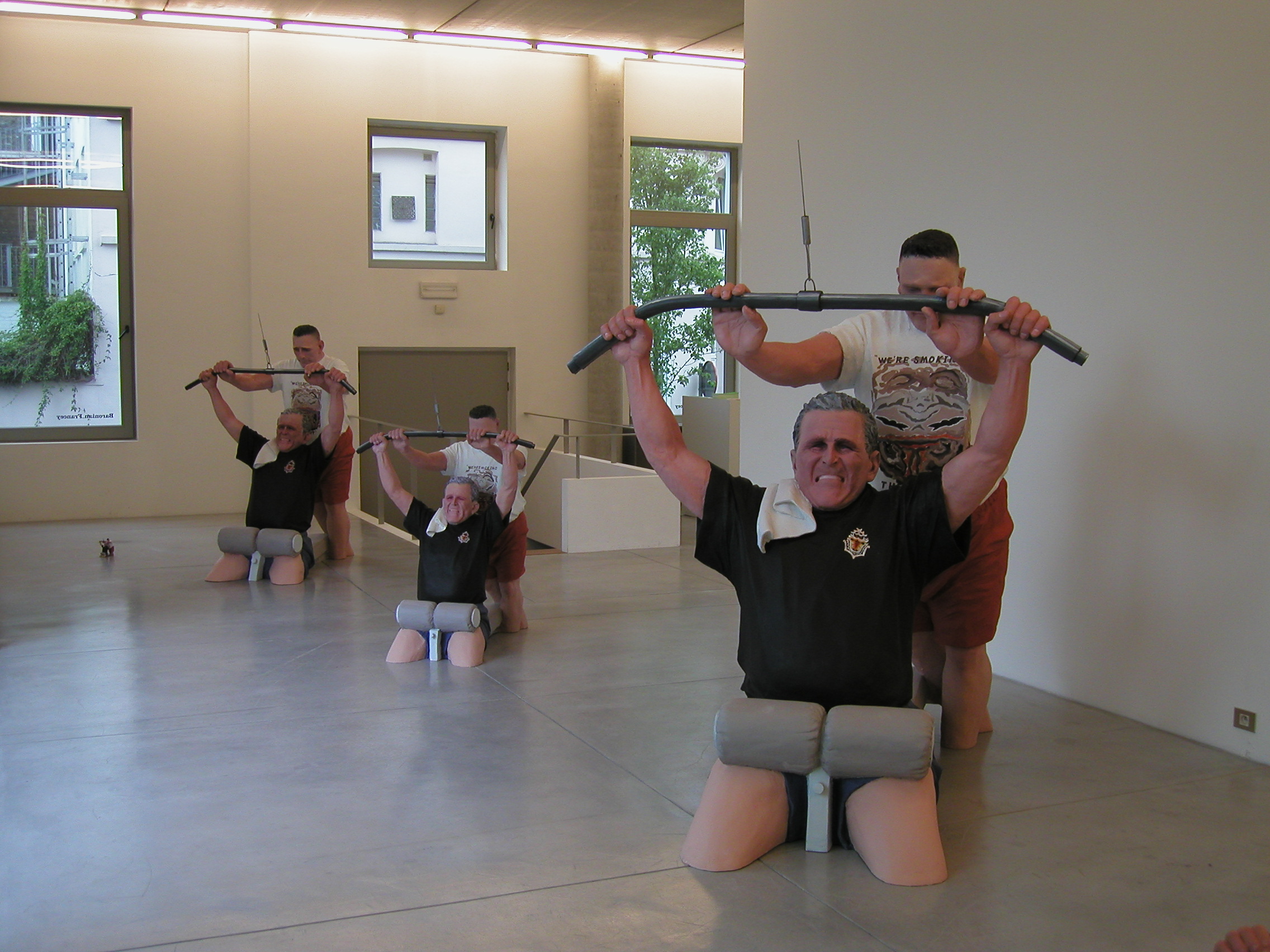 We’re smoking them out 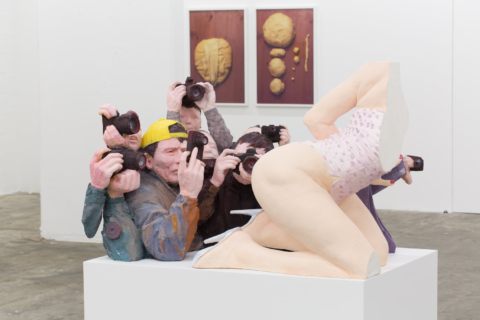 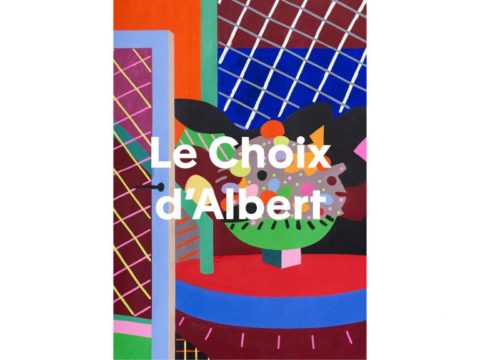 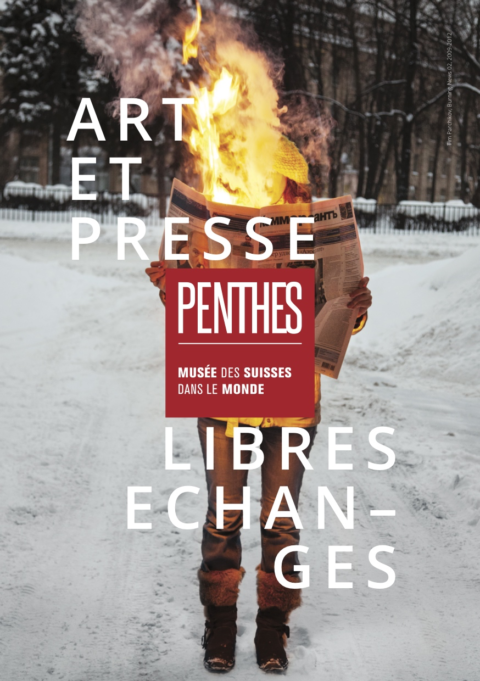 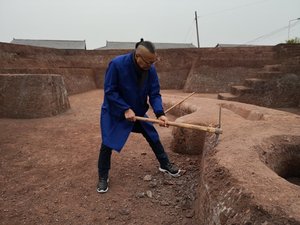 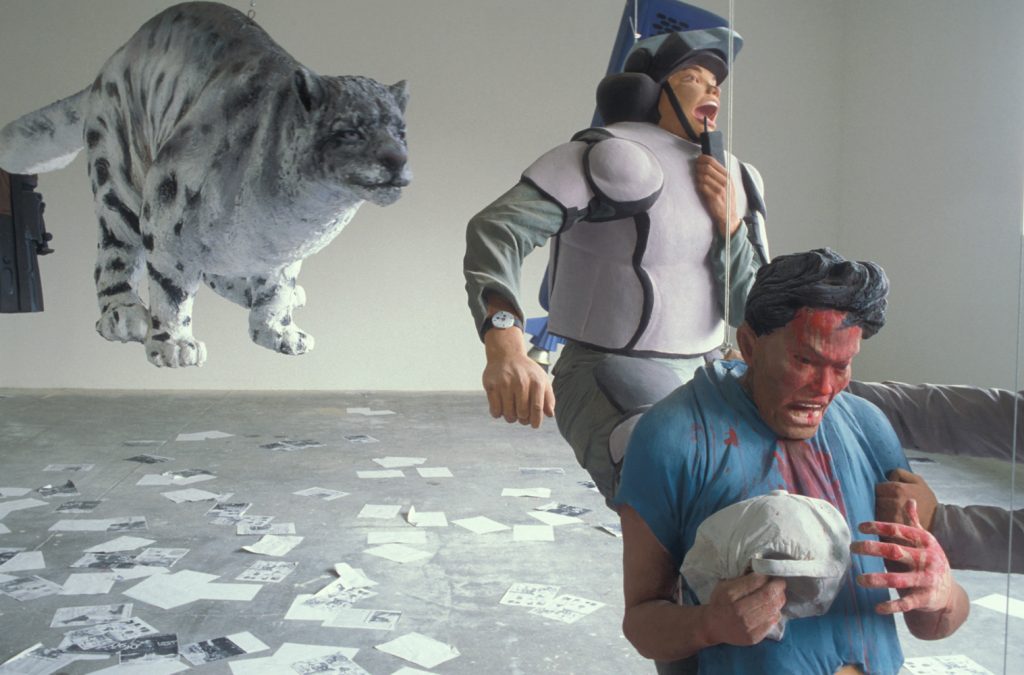